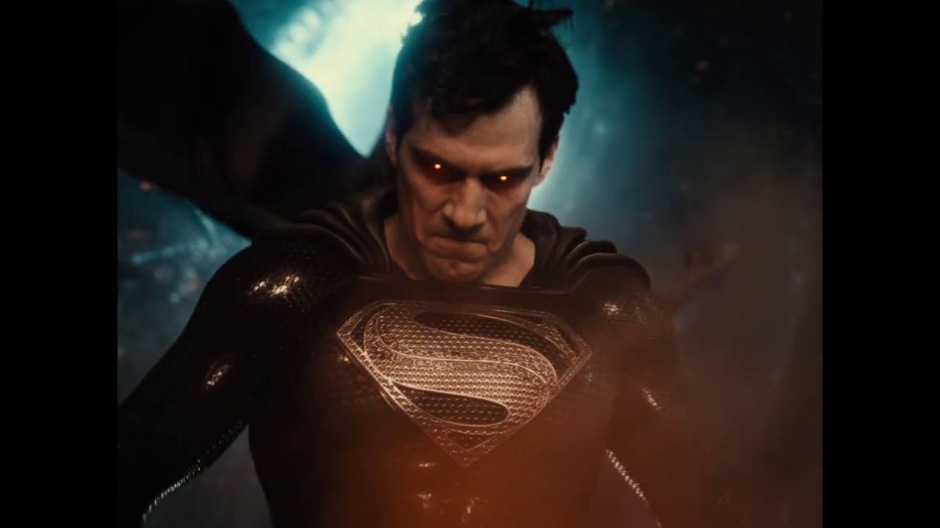 On this episode, The World’s Best Podcast crosses over with the Cuff’s Basement Podcast to review Zack Snyder’s Justice League, which recently premiered on HBO Max! Along with Tim and Ryan, we breakdown a film that is vastly different from the original 2017 Justice League theatrical release. In fact Zack Snyder‘s Justice League is more like a entirely new film, than a director’s cut. We go over everything from what worked to what didn’t, as well as what we loved about the film and what we may have disliked. In this fun and far reaching discussion which yielded one of our best episodes this year, so far!

While promoting the film, Zack Snyder offered up a lot of interesting information, teases, and images about what might have been, had things gone according to plan and the DCEU stayed on the track that began with Man of Steel. Snyder originally envisioned a 5-film “Lord of The Rings” style epic, that included Man of Steel, Batman V Superman: Dawn of Justice, and culminated in a massive Justice League trilogy. As a result there were a lot ideas and concepts that were played around with that were abandoned. A good example of how somethings could’ve played out slightly differently is, how in one of the subplots in Batman V Superman, involved Wonder Woman attempting to retrieve an old photograph of herself and her comrades-in-arms from WWI. This of course tied into 2017’s Wonder Woman directed by Patty Jenkins. However, before the story for the first wonder woman film had been finalized there was still some to be about exactly how long Diana had been away from Themyscira fighting wars in “Man’s World”. Some beautiful images were commissioned showing Diana fighting alongside soldiers in wars much farther back in history, closer to The Crimean War than World War I. Snyder shared a few of them online that I thought were particularly interesting which you can take a look at right here:

Snyder offered up another sneak peek at The Snyder Cut, whe he confirmed the long running fan theory that General Swanwick played by Harry Lennox (Man of Steel, Batman V Superman: Dawn of Justice) was actually J’onn J’onnz: The Martian Manhunter, hiding among mankind. Snyder revealed that the character would indeed be making an appearance in his Justice League when it premiered on HBO Max, with Lennox returning for the role. DC helped Snyder give fans at hint at the character’s design in the film, by publishing variant covers of the JL comic book a few months back, featuring the movie version of this classic character drawn by the legendary Jim Lee. Take a look…

This also wraps up WEEK 1 of World’s Best Media’s Spring 2021 Movie & TV Preview! We have even more great content coming your way in WEEK 2, with exciting new series like Amazon Prime’s INVINCIBLE, from the creator of The Walking Dead!

UPDATED: In a move that will have a massive effect on the filmmaking business, Warner Bros/DC have announced that Wonder Woman 1984, will be simultaneously released in theatres and HBO Max on 12/25/20. The movie will be free for anyone with an existing HBO Max subscription, there will be no extra charge like Disney+ did with their release of Mulan earlier this year. This is some damn good new and I’m psyched to finally see WW84!

We will keep you updated as more information becomes available….

Trailers are one of my favorite aspects of the moviegoing experience. Even if the final film turns out to be a complete piece of dog shit, a great trailer can be thrilling and rousing, it can spark your imagination. Of course, as i’ve said in the past, in some ways the art of movie trailers has disappeared for the most part, every once in a while a trailer comes along that blows your socks off. Whenever I find an interesting trailer, I always make a point to post it here on the website to share it with my audience. So I’ve been thinking about making it a little bit more of a formal, weekly column series called “Trailers of The Week”. Sometimes there are trailers that I’d really love to share with you guys, but they don’t necessarily marry their own article here on the website. This way I can let everyone know about all of the interesting trailers I’ve come across each week. Some weeks are going to be better than others, but hopefully will get more fantastic trailers than average ones. So without any further do, I think I have two pretty cool trailers to share with you guys this week.

The first, is the latest trailer for Justice League: The Snyder Cut, premiering on HBO Max early 2021. It contains a lot of footage that we saw in the first trailer, but some interesting moments are expanded, we get a better look at some significant characters, and there is some new and interesting material as well. I have made it no secret that I am extremely excited for this project, I really hope Zack Snyder is able to silence his critics and give us something very unique and interesting for those of you who don’t know at this point the Snyder cut is so long that it’s going to be released as a miniseries on HBO max, I think it’s about five or six hours at this point, I’m not 100% sure. One thing is for sure this is going to be damn interesting superhero project to watch when it finally comes out.


On to our second trailer…

As I’ve mentioned before, I’m a huge fan of the DC Animated Movies that come out three or four times a year. This new film, Batman: Soul of The Dragon, looks particularly interesting. I love the whole retro 70s style and the Bruce Lee, Enter The Dragon “vibe”. Bruce Wayne is one of the best fighters in DC Universe, so it’s very interesting to see a younger Bruce training to become a deadly martial artists. DC Animation have put out their fair share mediocre films, but every now and again they knock one out of the park. Hopefully, Batman: Soul of The Dragon is the former. I love the new aesthetic and unique story. I’m definitely looking forward to give this movie a watch.

Justice League: The Snyder Cut: Premiering on HBO Max sometime in the first half of 2021 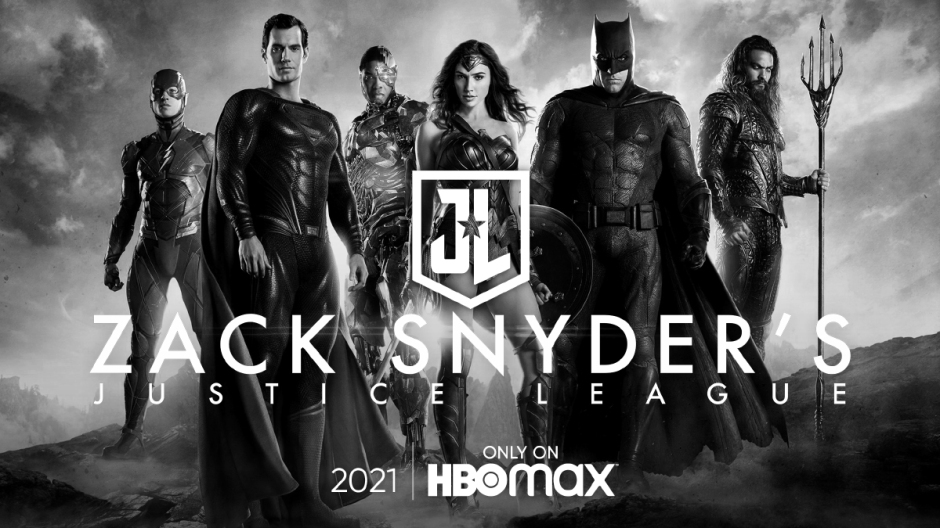 There’ve been few things in recent popular culture that have been more divisive than Zack Snyder‘s foray into the DCEU. Personally, I’m a big Zack Snyder defender. I think, with the exception of Sucker Punch, he’s never truly made a bad movie.

Man of Steel is easily my favorite live-action Superman movie. Henry Cavill is much better in the role than people give him credit for and the movie is underrated in general. Batman V Superman: Dawn of Justice is a very flawed film, but I love it. Particularly the R-Rated Ultimate Edition. It’s sad that the films reception and his personal issues forced Ben Affleck to walk away from the character because he was arguably our best live action Batman to date. The only thing in that movie that was truly terrible was the decision to cast Jesse Eisenberg as Lex Luthor and his god awful subsequent performance. I understand that, as fans we all have our own beliefs about how beloved character should be portrayed on screen, but I was pleasantly surprised by Batman V Superman, especially because the film was getting such mixed reviews at the time.

I don’t count Justice League because at the end of the day that wasn’t really Snyder’s film. Almost everything with Superman in that movie was shot after he left the film, for personal reasons. Henry Cavill was well into filming Mission: Impossible Fallout, where he sported a thick mustache. You can tell that all of Superman’s scenes were shot after Zack Snyder left the film, because Paramount, the film studio that was making Mission Impossible, wouldn’t let Warner Bros. shave Cavill’s mustache for JL reshoots. So, instead of choosing the much simpler, cheaper, and smarter option of shaving his mustache and having Cavill wear a fake for the remainder of shooting Mission Impossible, Warner Bros. had to remove the mustache digitally. The god awful result is that the whole bottom half of Superman’s face in JL looks like a creepy mannequin come to life. Of course none of that is Zack Snyder‘s fault because he already left the movie at that point, but it’s a funny story if you haven’t already heard it.

Now, Zack Snyder is finally getting a chance to give us his vision of his Justice League film, or at least something pretty close to it. Justice League: The Snyder Cut is premiering on HBOMax next year, sometime in 2021. It might not be much, but HBO released a brief teaser for the project that you can watch below. Of course, you can’t judge a movie after only seeing less than 60 seconds of footage, but I already dig the darker tone. We’re only shown two quick scenes, one involving Diana played by Gal Gadot that was not in the theatrical cut at all and a quick look at a alternate version of the ancient battle sequence that opens the film where Steppenwolf has been replaced by… Well, I won’t spoil it, but it’s someone much scarier and much more interesting. The thing that both of these scenes have in common is that they’re extremely ominous and they both serve to focus on the appearance of a certain iconic DC villain, not featured in the theatrical cut. Take a look below, I’d love to hear what you guys think: