Last weekend marked the second annual DC Fandome Event. Where fans got an exciting new look at upcoming projects like The Batman starring Robert Pattinson, The Flash film starring Ezra Miller and featuring both Michael Keaton and Ben Affleck‘s Batman, Black Adam starring The Rock, and many more. Personally, I found the new trailer for The Batman and the behind-the-scenes look at The Flash were particularly exciting. Below, I’ve posted all of the major trailers and behind-the-scenes videos. There’s something here for every DC fan to be excited about. Another pleasant surprise that coincided with this event was the premiere of the new season of Young Justice on HBO Max. The first two episodes of the new season, titled Young Justice: Phantoms, are currently available on the platform. Anyway, enjoy diving in to all of the cool new projects coming up from DC!

Shazam: Fury of The Gods:

Aquaman and The Lost Kingdom:

Thanks for reading! Follow us on Twitter @PJWrightWBM, Instagram @worldsbestmedia2017, and our Facebook Page, Worlds Best Media. Those likes and follows, as well as iTunes reviews, go a long way to supporting World’s Best Media. We really appreciate the loyalty and support shown to us by our fans, so thanks again! Stay healthy and stay safe! Hey, everybody! I’ve got a few cool trailers for a few upcoming DC Animated Movies for you to check out. The first is the new DC Animated Movie Suicide Squad: Hell To Pay. Check it out here and continue reading below after:

Suicide Squad: Hell to Pay takes place in the DC Animated Universe they began creating a few years ago, starting with Justice League: War. Usually each year they’ll do a Justice League, Batman, or Teen Titans movie that’s part of this Animated Universe and then a stand alone movie like Batman: Gotham by Gaslight. Apparently this year they’re adding the Suicide Squad into the mix. I liked seeing some of the big and more obscure DC villains they included. Besides the Squad itself, villains like Zoom, Two-Face, Professor Pym, and more are a part of the movie. The voice cast looks pretty solid as well. I’m cautiously optimistic that this could be pretty cool. God knows the bar isn’t very high for it to be better than the live action Suicide Squad movie. There’s no release date on it yet, but I would expect this to be released around March or April.

The DC Animated Movie I’m really looking forward to is the next movie, Batman: Gotham by Gaslight, which comes out digitally on 1/23/18 and Blu-Ray 2/6/18. I enjoy thes movies whenever they come out, but there hasn’t been a truly great one in awhile. I’m hoping this film is the one that knocks it out of the park because it looks great. A Victorian era Batman going up against Jack The Ripper? I’m in. Here’s the trailer:

Looks cool, right? But back to Suicide Squad: Hell to Pay, this isn’t the first DC Animated Movie to star the Suicide Squad. A few years ago they released Batman: Assault on Arkham and though the title says Batman, it was a Suicide Squad movie through and through. It actually technically took place in the same universe as the Batman: Arkham video games. It’s a solid, fun movie that’s definitley worthy checking out. When I rewatched it recently, I couldn’t help but think “This is exactly how the live action Suicide Squad movie should have been made.” Anyway, we’re going to put up reviews for both of the flicks, so keep an eye out on the site for those.

You can buy Batman: Assault on Arkham on Amazon: 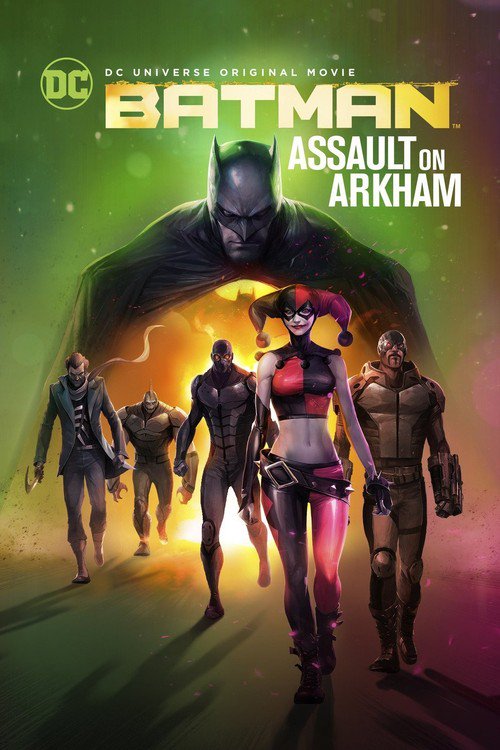 If you’re ever interested in buying like Batman: Assault on Arkham, please use our Amazon Affiliate link. It’s just like you’re everyday Amazon shopping, but when you go through our link, we get a small percentage from Amazon to help keep the lights on here at World’s Best Media. So we can continue to give you more great content. So, if you’re going to buy something on Amazon anyway, you might as well use our affiliate link to keep all your favorite World’s Best Media content coming. Thanks!