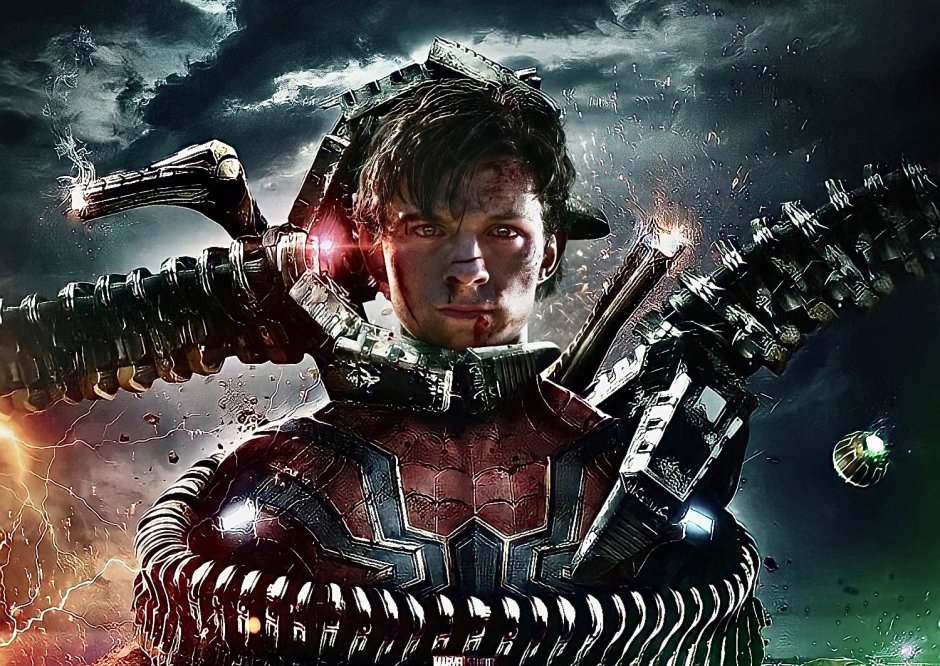 I’ve been saying this for a while now, but I’m going to formally call it, right here: If Spider-Man: No Way Home actually works and turns out to be at least a solid movie, it is going to be the highest grossing film of all time. I was very wary about everything in this project from the beginning, and the marketing has slowly want me over. Like these cool villain-themed character posters that were just released. I always love a good poster and I hope they do a few more of these posters with the film’s other villains.

Now, I think it’s been a while since my anticipation for a film has been quite this high. Interestingly, while Marvel and Disney make The MCU Spider-Man movies, the characters film rights are still owned by Sony. It’s an unusually smart business relationship, especially in Hollywood where egos and executives without a creative bone in their body tend to fuck up lucrative deals like this. Sony knows that Marvel Studios knocks it out of the park almost every time with their films, and Marvel Studios knows that The MCU would have always felt incomplete, if Spider-Man had never been a part of it. It’s a win-win. The fans are happy, Disney and Sony get dump trucks full of money pulled up their houses. Everyone gets a piece of the pie!

However, there has been an interesting development regarding the release of this highly anticipated upcoming movie. When a new film comes out, critics and entertainment journalists are shown a film, around a few weeks before the movie hits theaters. Occasionally, A studio will have a movie on its hands so bad, that they won’t even bother with doing a press screening. Because the studio knows it doesn’t matter when the movie is see. The reviews will be so bad, that people are going to wipe their ass with the movie’s poster.

Which is why it’s so surprising that when Spider-Man: No Way Home, is screened for critics, they will only be shown 40 minutes of the nearly 2 hour and 40 minute film. Something like this has never really been done before. Which is why, in the opinIon of most movie pundits, myself included, this isn’t a reflection on the movie’s quality in anyway. In fact, most insiders believe the 40 minuet press screening it is all about how this movie is going to be way, way fucking crazier then we thought. Pretty much as soon as the film began pre-production, there were rumors abound about secret cameos (or more than cameos) from characters like Venom to Tobey Maguire and Andrew Garfield, reprising their roles as the Spider-Man of their respective universes (AKA movie universes). My guess is, forget Tobey and Andrew, there’s going to be some next level shit in this movie and Marvel is going even further than usual to keep any surprises under wraps. Tearing open the multiverse opens up a lot of possibilities.

So here’s my theory, which is just complete speculation, earlier this week Disney+ removed the original Fantastic Four movies, from 2005 and 2007, starring Chris Evans and Jessica alba, from the streaming platform. The final movie thats been officIally announced as part of Phase 4, is Fantastic Four. Marvel’s First Family will finally be joining The MCU and Jon Watts, director of all 3 MCU Spider-Man movies, will be directing FF. Preliminary work is already being done on the film and after No Way Home premieres, Watts will be diving straight into work on Fantastic Four. Per Marvel chose to remove the old fantastic four movies from Disney+ because they’ll be making some kind of cameo or debut in Spiderman far from home and the big guys at marvel don’t want audiences confusing the bold new direction they’ll be taking the characters with dog shit that has come before?

As if we didn’t already have enough Spider-Man news to discuss, Sony just dropped the trailer for Spider-Man: Across The Spider-Verse, the sequel their mega-hit Spider-Man: Into The Spider-Verse. I absolutely love the first film. I think it’s genuinely one of the best superhero films that we’ve seen so far.

I’ve been a little bit nervous about this project because I strongly suspect the studio’s priority will be introducing more and more Spider-Men from different alternate realities, where I’d like to see them do something much more character driven. The new trailer does give me some encouragement, though, because even though there’s clearly a multi-verse element at play in the story it focuses on the two characters I most wanted to see, Miles Morales and Gwen Stacy a.k.a. Spider-Gwen a.k.a. Spider-Woman. I’m sure Sony wanted to get this trailer out to capitalize on the buzz and the anticipation for Spider-Man: No Way Home. Anyway, take a look at the teaser for yourself right here:

Thanks for reading! Follow us on Twitter @PJWrightWBM, Instagram @worldsbestmedia2017, and our Facebook Page, Worlds Best Media. Those likes and follows, as well as iTunes reviews for the podcast, go a long way to supporting World’s Best Media. We really appreciate the loyalty and support shown to us by our fans, so thanks again! Stay healthy and stay safe!