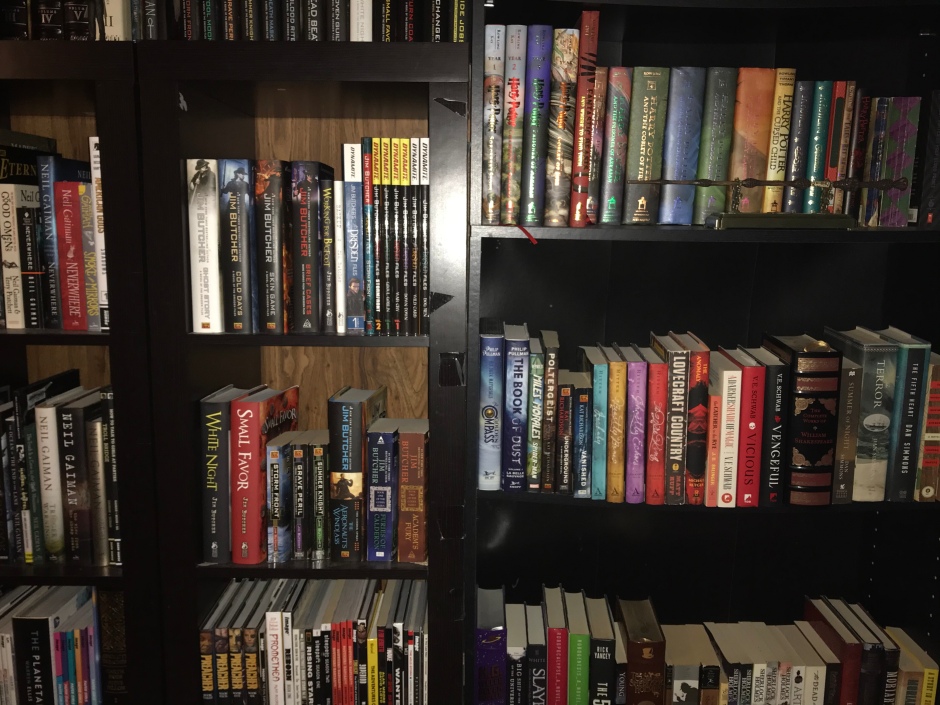 Another year has come to an end, but before we ring in the New Year, I wanted to leave you all with one more entry in my recommendation series: Paul’s Picks! Let’s dive in…

House of X/Powers of X by Jonathan Hickman

This is by far the best superhero graphic novel of the year, if not the last several years. Jonathan Hickman has delivered one of the most wildly unique superhero comics I’ve read in a long time. Something about the X-Men allows for new creators to come into that world and wildly shake things up. They put their unique brand on the characters and the story, all the while always feeling like an X-Men tale. Chris Claremont did it with Giant Size X-Men #1, Grant Morrison did it with New X-Men, Joss Whedon did it with Astonishing X-Men, and now Jonathan Hickman has done it again with House of X/Powers of X.

The best part is you don’t have to be familiar with recent X-Men comics understand the story, you just need a basic knowledge of who the X-Men are. The hardcover volume I have is a special edition that actually came with a lithograph signed by Jonathan Hickman, which is pretty cool, but don’t expect it to be come with every edition (this was a special order).

Most other editions of this hardcore graphic novel have a different, but still beautiful wrap around cover. If you’ve ever been interested in superhero comics or if you wanted to get back into comic books, this is a must read.

The Death and Return of Superman Blu-Ray/4K

As I’ve talked about on this website many times, I love the DC animated movies that come out every year. One of the better ones in recent memory has been The Death of Superman storyline which was broken into two different films. The first, The Death of Superman focuses on Clark Kent’s growing romantic relationship with Lois Lane and ultimately Superman’s fight to the death with the vicious monster, Doomsday. While Reign of The Supermen is about how the World, The Justice League, Lois Lane, and even Lex Luthor all deal with the loss of Earth’s greatest hero. Now this excellent story can be watched seamlessly as one beautiful animated film: The Death and Return of Superman. Much like their adaptation of The Dark Knight Returns, which was split into two separate film releases and then eventually released as one film under The Dark Knight Returns Deluxe Edition, The Death and Return of Superman is best enjoyed as one movie.

Get it on Amazon here: https://www.amazon.com/Death-Return-Superman-Complete-Collection/dp/B07RVHGJBX/ref=sr_1_2?crid=22A49P5SASHTS&keywords=the+death+and+return+of+superman&qid=1578004170&sprefix=the+Death+and+ret%2Caps%2C147&sr=8-2

Once Upon A Time In Hollywood Steelbook Blu-ray

My last pick is Quentin Tarantino’s latest film Once Upon A Time In Hollywood. I’m a huge Tarantino fan, but to be honest I was disappointed with his most recent directorial effort. Don’t get me wrong, DiCaprio and Pitt are great and there’s a lot to like in this movie, but it just didn’t wow me like Tarantino’s movies usually do. I know I’m in the minority on this one, the film was a huge critical success and most of my friends loved it as well, including World’s Best Media’s own Ryan McDonald. However, just because I wasn’t blown away doesn’t mean I didn’t want to add the film to my Blu-Ray collection. My personal selection was the Best Buy Exclusive Steelbook Blu-Ray/4K edition. I love me some steelbook Blu-rays!

So that’s it for my picks in 2019! Look for me to continue this article series more frequently in the coming year. Have a safe and Happy New Year! See you in 2020!