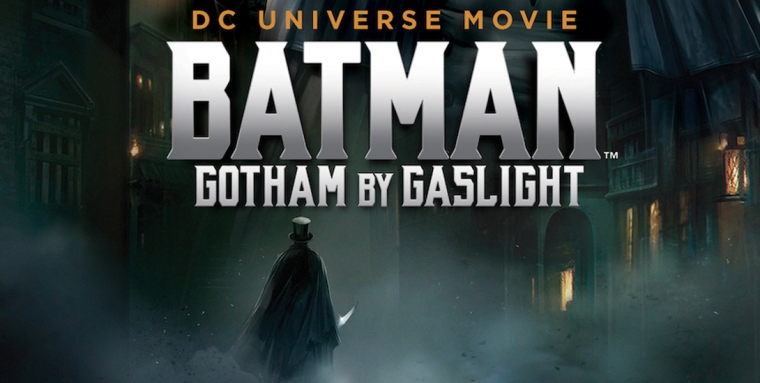 An R-Rated, animated Batman movie, that’s essentially, Batman Vs. Jack The Ripper? To quote the great Kevin Smith “Fuck you. Take my money.”. Batman by Gaslight adopts a storytelling device often seen in comics called ”Elseworlds”. “Elseworlds” are basically one off stories where you take a familiar hero and and put them in a unique setting or story they normally wouldn’t be in. It’s a “What If…” story, essentially. For example, What if baby Superman’s spaceship crashed in Soviet Russia instead of Kansas? Or What if Batman hunted Jack The Ripper in Victorian-Era Gotham City? The original graphic novel of the same name that the movie is based on, with art by Hellboy creator Mike Mignola, was too short to be adapted to a feature length film. So, the filmmakers had to add to the story, which is fun if you’ve read the graphic novel because you’re getting something that’s both a strong adaptation and completely new tale at the same time.

It’s a great premise that’s a natural fit for the character. Batman’s often referred to as “The World’s Greatest Detective” in the comics, so I loved seeing Batman in a real mystery where he has to use his skills as a detective as much as his skills as a fighter. Batman’s incredible detective abilities are rarely utilized enough outside of comics. It doesn’t hurt that the whole story takes place in a world that looks very much like the city of fictions other great detective and one of the inspirations for Batman, Sherlock Holmes (there’s a small Sherlock Holmes reference that only true Sherlockians will get). The movie looks like it’s was pulled out of the pages of an Arthur Conan Doyle story, which adds to the movie’s cool, steampunk, murder mystery vibe.

Bruce Greenwood plays Bruce Wayne/Batman in this film and besides Kevin Conroy, I think he’s my favorite Batman voice actor. He’s played Batman before in movies like Batman: Under The Red Hood (one of the best DC Animated Movies) and the excellent Young Justice animated series, returning for it’s third season later this year. Jennifer Carpenter (Dexter) does some great work as Selina Kyle, but I don’t think they ever call her Catwoman in the movie. Besides Batman, Selina Kyle has the most to do in this movie. She’s basically Batman’s partner in solving the murders. She’s taking matters into her own hands because she knows if the victims were rich, white men instead of poor women, the police would be doing a lot more. At the very end she has a little damsel in distress moment I wasn’t crazy about, but other wise she’s an ass kicking badass who is more or less Batman’s equal.

Of course, it fun to see Victorian-era versions of the wide array of characters from Batman’s world. I wont spoil all the fun cameos, but you get to see characters from Hugo Strange to Solomon Grundy throughout the story. Unfortunately, a lot of the supporting cast isn’t as fleshed out as Batman and Selina Kyle which is definitely a big weakness in the film.

This movie takes full advantage of it’s R-Rating. This is easily one of the more bloody and gorey DC Animated Movies made so far. The real life Ripper Murders always struck me as particularly brutal and vicious. The movie does a good job of conveying that THIS Jack The Ripper is a terrifying butcher as well.

One of the things that made this version of Jack The Ripper work for me is that he was a physical match for Batman. This isn’t the same Batman that could kick the shit out of Superman. Batman gets pretty fucked up a few times in this movie. We’ve seen Batman fight armies of alien invaders and beings with all kinds of super abilities and come out fine. But the fact that The Ripper is just a man and he comes so close to killing Batman makes him much more frightening. Compared to other Batman animated movies recently, the stakes may seem lower but they feel higher than ever. This story isn’t “canon”, so characters who wouldn’t normally be on the chopping block could be taken out at anytime, which give the movie a nice edge.

Stylistically, this film has stepped away from the more anime inspired look that much of the other DC Animated Movies have adopted. Instead, the animation style is more traditional, without sacrificing quality. Including several great fights and action sequences. There a few showdowns between Batman and The Ripper that are particularly well done. 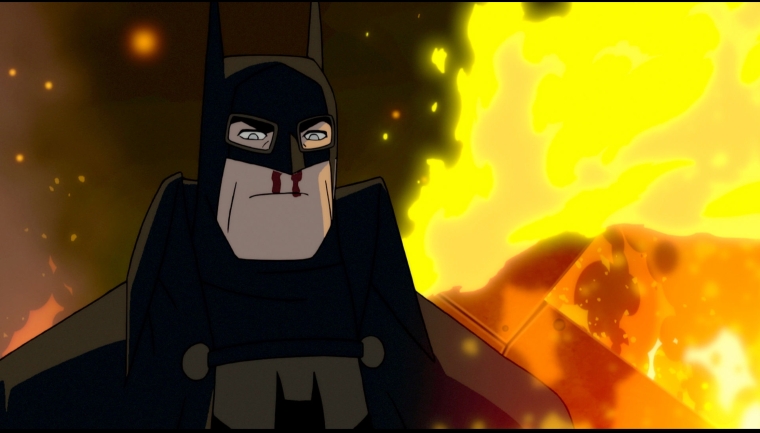 Having never read the original graphic novel, I didn’t know who The Ripper was while watching the movie (and this being Gotham City it could be almost literally ANYONE). So, it was fun not knowing where the story was going, but I did know The Ripper is NOT the same character from the original graphic novel. I’m definitely going to grade on a curve here, because as I’ve said before the quality of the DC Animated Movies has dipped over the past few years and I feel this is a huge step in the right direction. I have a feeling that the movie seemed a lot better than it actually was because the quality of the DC Animated films hasn’t been as consistent lately

Batman: Gotham by Gaslight is fun little Batman mystery, taking place in a interesting setting. Whether you’re a fan of Batman, these animated movies, or you just happened to see the trailer and were intrigued, I would definitely recommend this movie. While not without it’s flaws, It is without a doubt one of the best DC animated movies that we’ve seen in a long time. Let’s hope they keep this momentum going into their next movies…

Batman: Gotham by Gaslight is available on iTunes now and the Blu-Ray will be released on 2/6/2018

Thanks for reading!
-Paul

If you want to get a a copy of Batman: Gotham by Gaslight when it comes out on Blu-Ray (which I definitely recommend that you do, I know I will), please go through our Amazon Affiliate link below. You get the best price and you’re helping to keep the lights on at World’s Best Media. Thanks! 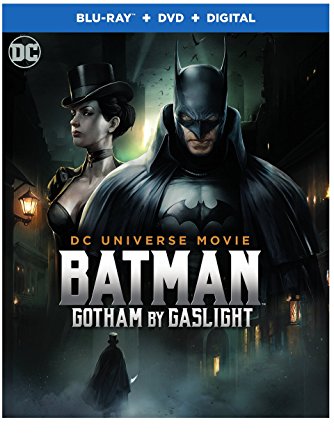