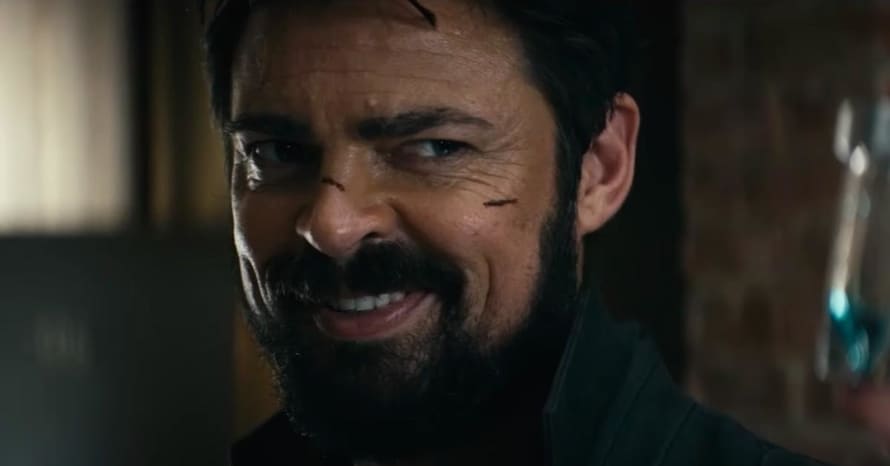 The Boys on Amazon Prime is at the top of the heap when it comes to prestige, to of the line, TV storytelling. For me, the series stands alongside shows like The Mandalorian, Invincible, and Succession as the best of best on TV. One of the strengths of The Boys is how well it adapts the source material. While character beats and story elements may get changed around, they all still represent original ideas from The Boys graphic novels. The show seamlessly distills what makes the comic great and filters it in a way that works for a different medium. At long last, the series is returning with it’s highly anticipated Season 3 on June 3rd and now we have our first trailer! Check it out right here:

The show’s return alone would be awesome enough, but there are some really fun new elements at play in the upcoming season that have fans very excited. As the poster teased and the trailer confirmed, Kimiko will no longer be the only member of The Boys with superpowers. The team is starting to fight fire with fire, with at least Butcher and Hughie using Compound-V to kick in the heads of some Supes. It’s not clear if Frenchie and MM will be getting a power upgrade as well.

The new season is also reportedly tackling, “Herogasm”, one of the most insane and depraved storylines from the original comic book series. Most notably, Season 3 sees Supernatural’s Jensen Ackles joining the cast, making his debut as Soldier Boy. The character fought in WWII as Vought’s first super soldier and this universe’s demented version of Captain America. Jensen Ackles has a long history with The Boys showrunner, Erik Kripke. Kripke created Supernatural and served as the series showrunner for the first 5 seasons. After Supernatural wrapped up a beloved, record breaking 15 season run, Ackles immediately transitioned over to The Boys. So fans are understandably excited to see him play such a different character than his iconic role as Dean Winchester. Interestingly enough, Jensen Ackles was one of top contentders at Marvel Studios for the role of Captain America, way back in the day. He was officially offereed the role of Hawkeye, but passed to continue working on Supernatural. But Soldier Boy won’t be the only analog of one of Earth’s Mightiest Heroes to appear in Season 3.

If The Seven are this universe’s The Justice League, then Payback is their version of The Avengers. The team is expected to feature heavily this season, with Season Premiere titled “Payback”. They have their own spin on characters like Iron Man with Tek Knight, Hawkeye with Eagle The Archer (who we already met in Season 2 as a member of The Scientology-esque cult that The Deep joins), and Scarlett Witch with The Crimson Countess, seen below played by Laurie Holden.

With Season 4 already confirmed, Karl Urban is reportedly already hard at work filming Season 4, with shooting taking place until the end of the year. Which means that we’ll likely have a much smaller wait between seasons. Anyway, it looks like we’re in for more mayhem, carnage, and insanity as only The Boys can deliver.

The Boys premieres its first 3 episode on 6/3/22, with subsequent episodes released weekly on Amazon Prime.

Are you a fan of The Boys? What’s your level of anticipation for Season 3? and what are some of the new story elements and characters that you’re most interested in seeing? Let us know in the comments below!

Thanks for reading! Follow us on Twitter @PJWrightWBM, Instagram @worldsbestmedia2017, and our Facebook Page, Worlds Best Media. Those likes and follows, as well as iTunes reviews for the podcast, go a long way to supporting World’s Best Media. We really appreciate the loyalty and support shown to us by our fans, so thanks again! Stay healthy and stay safe!