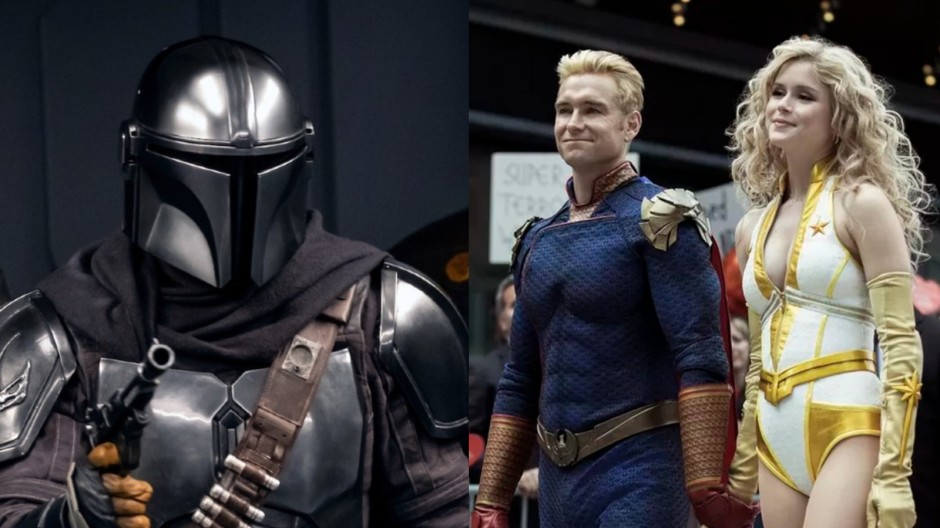 This episode of The World’s Best Podcast, features the final installment of our series of podcasts looking back at The Best & Worst of 2020! This week’s co-host Big Paul Sr. and I go over The Best TV Series of 2020! The Mandalorian! The Boys! Star Trek! What We Do In The Shadows! Just to name a few of our picks for the coolest shows of 2020!

In my opinion, 2019 was one of the best years of television that we’ve ever seen. It was a clear turning point for the medium, where TV could now stand toe-to-toe with Film, to tell the most compelling and beautiful stories on ANY screen. 2020 didn’t quite live up to 2019, but it was still a phenomenal year from A-List programming.

Listen To Our Podcast Here (Available On Every Major

The End of An Era: Arrow & Supernatural Come To An End

After we recorded this episode, we realized we left out a few key, important shows. While we might record a follow up mini episode to talk about these shows further, I still wanted to include a special section here, acknowledging a few of these amazing television programs. Specially, Arrow and Supernatural, both of which ended their groundbreaking runs in 2020…

It’s the end of an era for two groundbreaking genre series… both Arrow and Supernatural came to an end in 2020. Both show’s helped The CW essentially rebrand itself. The CW was defined as network, by an audience made up of predominantly young women, featuring shows like Dawson’s Creek and other teen romance-dramas. Supernaturaland Arrow largely changed The CW’s identity. With the exception of the show’s handsome leading men, Supernatural was essentially a dark, weekly horror film. As the series grew and developed, it became more of a horror/fantasy/drama and and became The CW’s flagship show over it’s 15 season run. With a rabid and passionate fan base, Supernatural went on to be the longest running and one of the most beloved genre show of all time.

Then of course, there’s Arrow. A series that redefined superhero television as we know it. The dark and gritty Siri’s drew much more inspiration from DC’s other most popular billionaire vigilante, with this version of all over queen having much more in common with Batman than the Green Arrow of the comics. The first season in particular drew heavily from Christopher Nolan’s Dark Knight Trilogy, foregoing any of the more fantastical elements of the DC Universe in favor of a more grounded and realistic approach. Which seems almost comical in hindsight considering how the show through that philosophy out the window in Season 2. What began as a small vigilante story with nary a superpower in sight ended with a full blown adaptation of Crisis on Infinite Earths! The storytellers were nothing if not ambitious. Arrow went on to launch an entire interconnected universe of DC superhero shows, like The Flash, Supergirl, Black Lightning, and Legends of Tomorrow among others, in what would become known as The Arrowverse . Even though Arrow may have come to an end the universe that there is its name sake is continuing to grow, with the new series Superman & Lois premiering in February on The CW. None of that would have been possible if it wasn’t for Stephen Amell who played Oliver Queen, he grew as a performer and an actor significantly as the series developed, imbuing his Oliver Queen with enough gravitas to shoulder an entire interconnected universe. Without a doubt, Stephen Amell‘s portrayal of Green Arrow made him the leader of an entire multiverse of heroes.