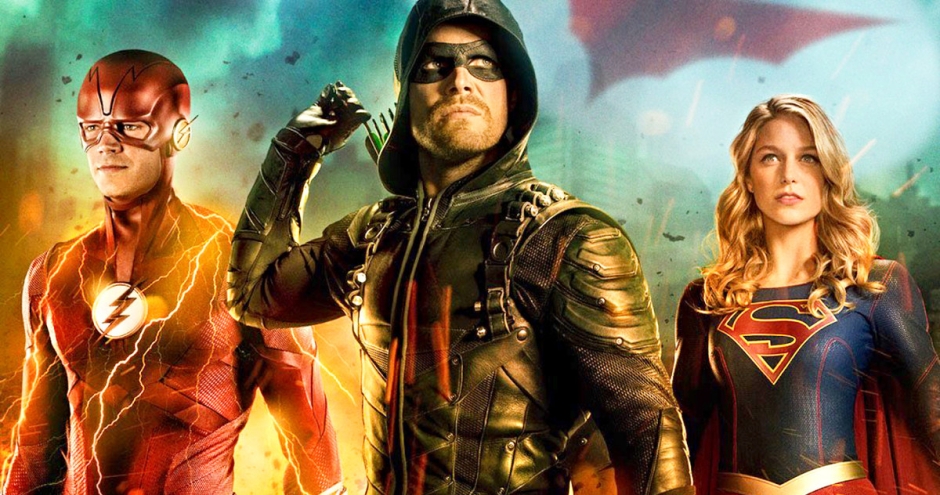 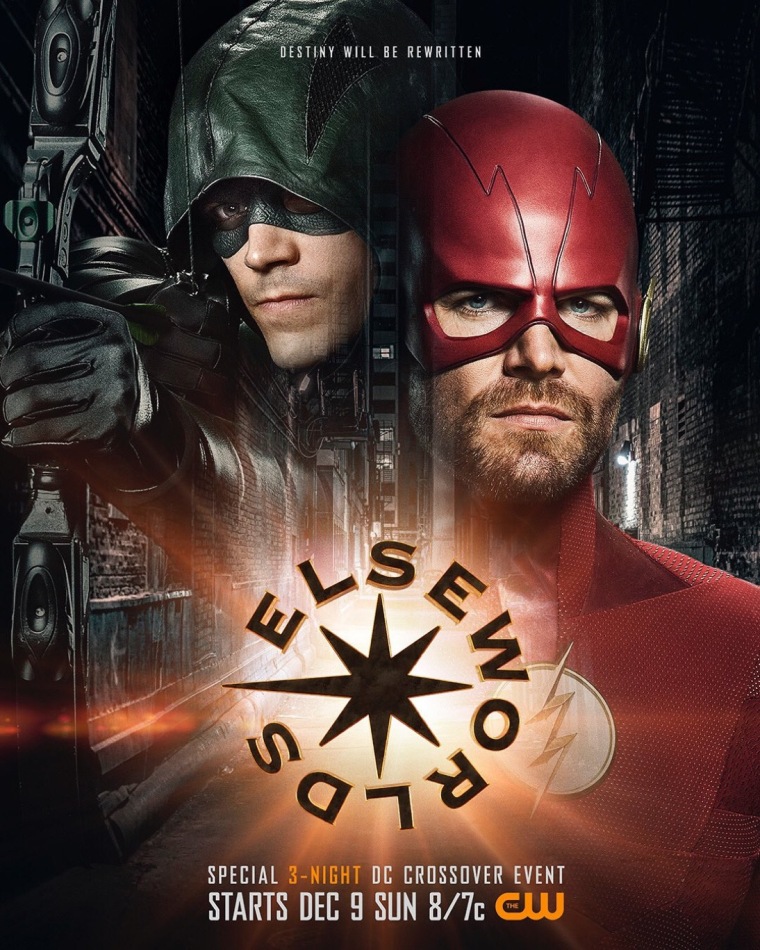 We’re taking a quick detour from The Wizarding World of Harry Potter Month to give you folks an update on the annual CW Superhero Crossover, Elseworlds, starting on December 9th. I fucking LOVE these DC TV Crossover Events. They seem to get better each year and up the ante on the scope and ambition. Last year’s event, Crisis on Earth-X was basically a Justice League movie that was WAY fucking better than the actual Justice League movie. With the premiere of Elseworlds fast approaching, The CW and DC have released some really cool promo art and our first teasers for the event.

This comic book cover style poster is dynamite. I eat shit like this up!  (yes, I eat shit. Beat you to it!) 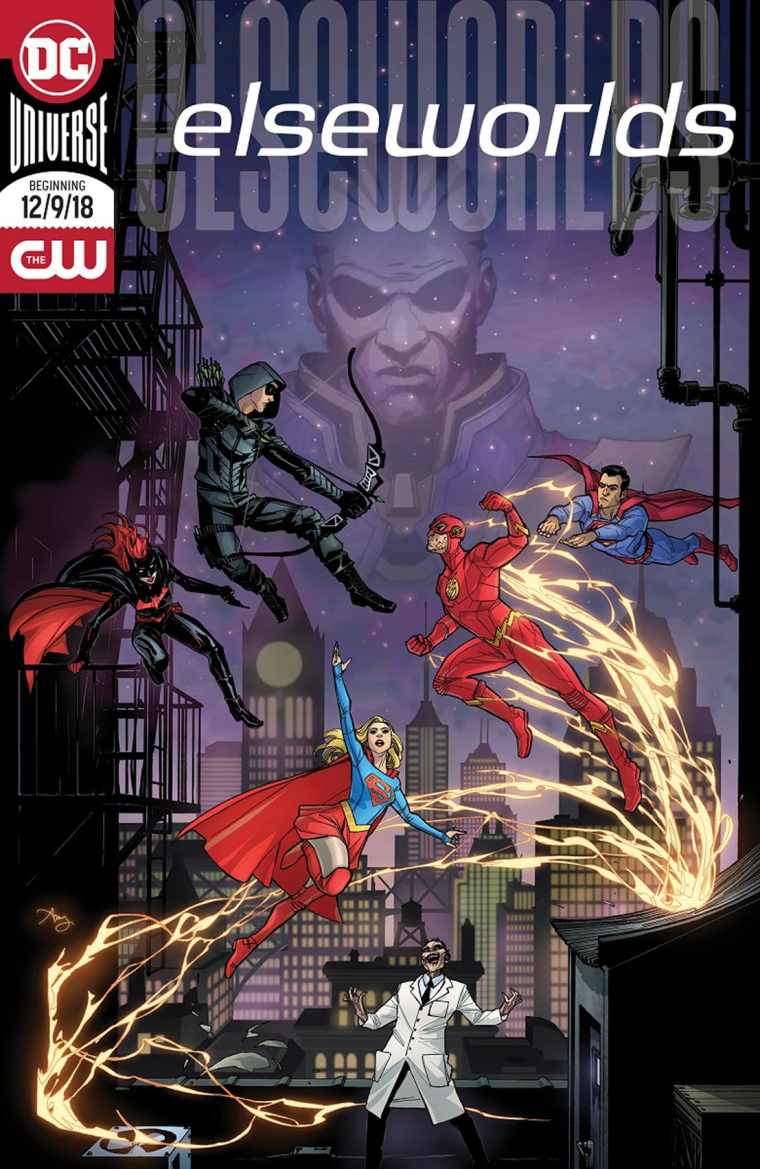 I really like this photo from EW.com, that shows Clark Kent and Lois Lane (who’s making her Arrowverse debut in this crossover) at the Kent Family Farm. It’s actually the same farm they used in Smallville, which is a fun reference that’s very in keeping with the Elseworlds concept. Considering The Flash from the early 90’s John Wesley Shipp (AKA Barry’s Dad/Jay Garrick) short lived TV series is making an appearance, I wonder if they’ll acknowledge Smallville as an alternate reality in their Multiverse. 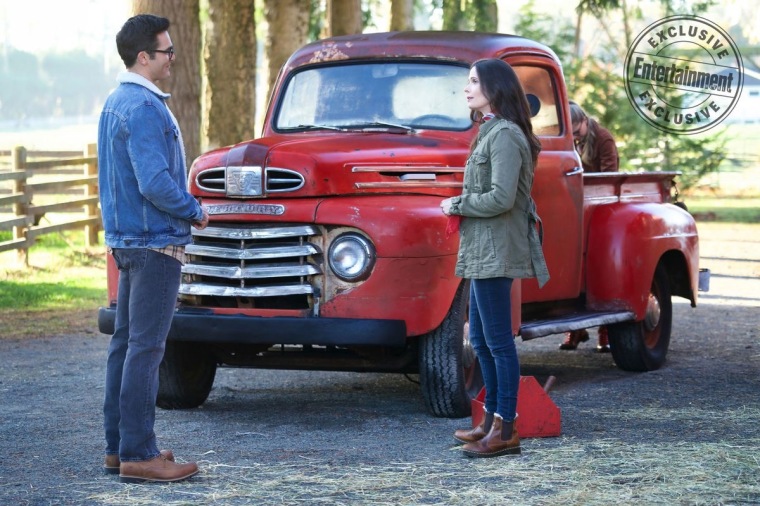 Also from EW.com, we get this look at Batwoman in action with the classic grapple gun used by every member of “The Bat-Family”. According to EW.com, Batwoman makes her big debut in an action sequence taking place in Gotham City’s iconic Arkham Asylum. I really hope they nail Batwoman on this one (Get your heads out of the gutter!). She’s a fantastic character with huge potential if she’s handled well in her live action debut. I think Ruby Rose was perfect casting for this role and she seems to be really honored to be playing this character. 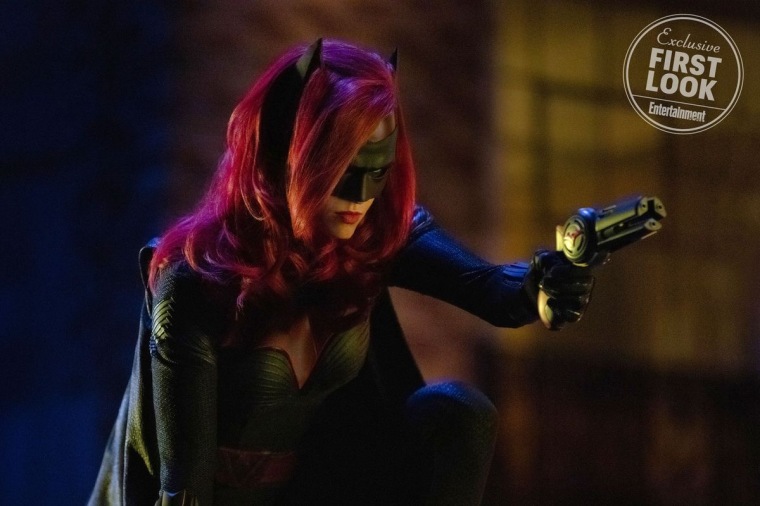 Finally, they’ve released these three brief teasers, one for each of the Arrowverse’s Trinity of major heroes: Green Arrow, The Flash, and Supergirl. In the comics Batman, Superman, and Wonder Woman are often referred to as “The Trinity” of major superheroes in the DCU. According to the showrunners, this crossover will thematically focus on Oliver, Barry, and Kara as “The Trinity” of the Arrowverse. UPDATE:Hey guys, I wanted add in this very cool promo that gives us our first look at Batwoman in action and Gotham City. It also touches on Batman in a big way, which is pretty cool. Check it out below.

As always, thanks for reading and give us a follow if you want to support the site or get updates when new content is posted. 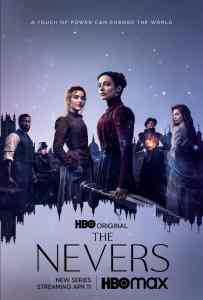