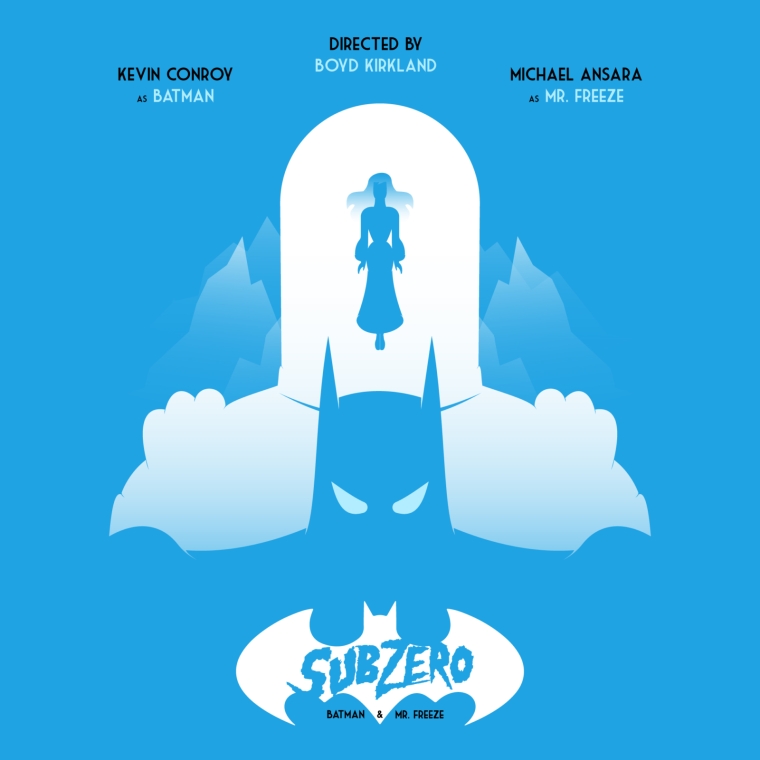 When fans look back at the Batman movies that took place in the same universe as the wonderful Batman: The Animated Series, they most likely remember the fantastic Batman Beyond: Return of The Joker or the classic Batman: Mask of The Phantasm. As of last summer, we can add 2017’s Batman and Harley Quinn to the list, but unfortunately that movie sucks. 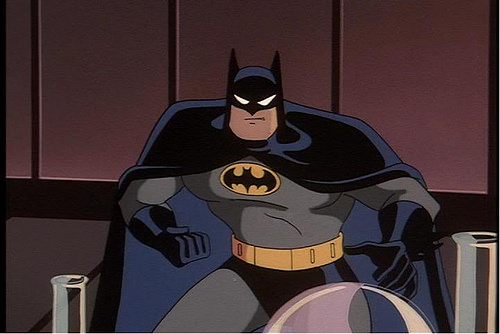 However, there’s a hidden gem that a lot of people forget about; Batman & Mr. Freeze: Subzero. This was a direct to video animated film taking in the BTAS Universe that came out in 1998. No doubt hoping to capitalize on the Mr. Freeze buzz in that was in the air after Arnold Schwarzenegger’s heartbreaking, Oscar winning performance in the critical darling and mega hit, Batman & Robin. Oh wait, I forgot the movie was explosive diarrhea and killed the Batman live action film franchise for nearly a decade. I’m sure there’s an alternate reality out there where it was The Dark Knight of it’s day. 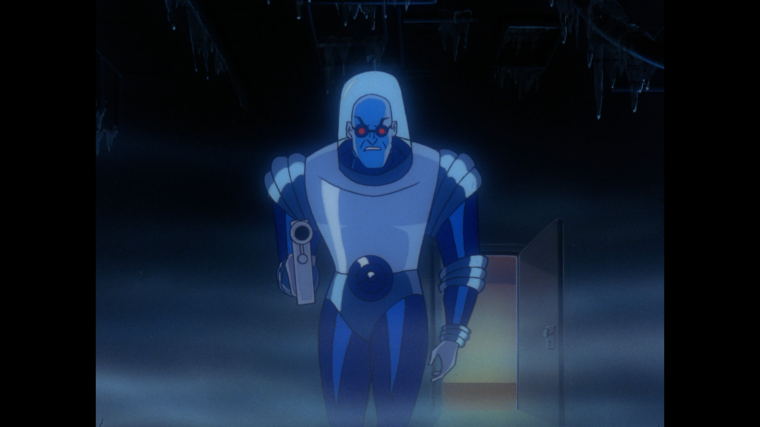 But I think that was definitely the intention. Animation takes longer than live action to produce especially in the 90’s. Even though this came out in 1998, it must have started production a few years earlier. So Warner Bros. probably thought Batman & Mr. Freeze: Subzero would tie in to what they believed would be another hit Batman movie. It really feels like somewhere around 95’or 96’, Warner Bros. told Bruce Timm and his crew that if we let you do another Batman Animated movie, it better be about Mr. Freeze. Of course, Batman & Robin was such a piece of shit, people eventually put it out of their minds after the film bombed. Unfortunately I think Batman & Mr. Freeze: Subzero was forgotten a little as well. 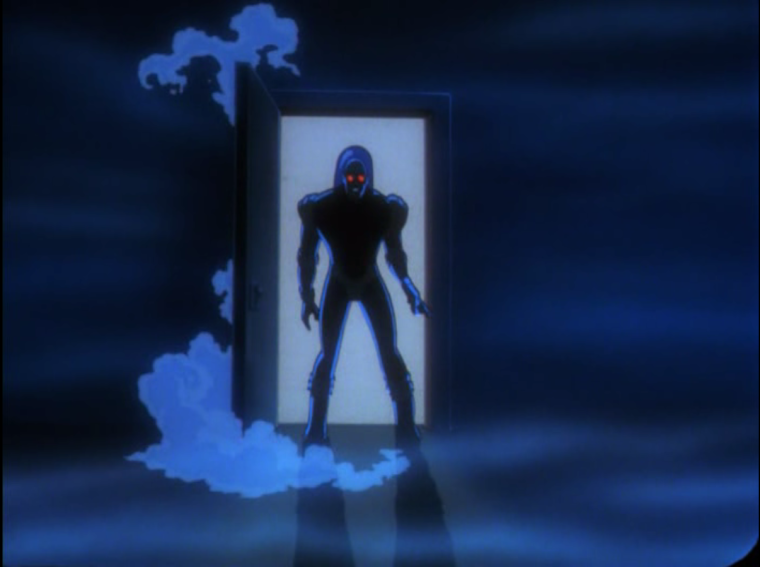 Which is a shame because it’s a hell of a little flick. Nowhere near as good as Mask of The Phantasm or Return of The Joker, but still solid as fuck. It’s certainly about one thousand times better than Batman & Robin, it feels wrong to even compare the two. The movie plays like a darker, longer episode of the show. But at only 66 minuets, it still feels like a movie with a 3 act structure as opposed to a multi part episode of the series.

Basically at some point during Batman: The Animated Series, Freeze found out his wife Nora was actually still alive and being kept in cryogenic stasis. They’re living a peaceful life in the arctic with Freeze’s 2 pet Polar Bears and an Inuit boy that Freeze rescued and adopted after his parents died. There’s an accident involving some poor bastards who stumble onto this little family (it doesn’t end well for them), Nora’s medical equipment is damaged and her condition deteriorates rapidly. Freeze and the whole Fam (including the fucking polar bears) head to Gotham where Freeze meets up with his old colleague, Dr. Benson another expert in cryogenics who’s a massive piece of shit with serious financial debt. Benson tells Freeze that the only way to save his wife is an organ transplant. Nora has a rare blood type so they need to kidnap some who’s alive, kill them, and harvest their organs. Benson the medical professional that he is, gets on board right away when Freeze drops a lump of gold the size of football on his desk and tells him it’s from a mine he discovered in the arctic, which is Benson’s if he successfully helps Freeze. And wouldn’t you know it? The perfect match: Barbara Gordon. Batgirl. Commission Gordons’s daughter and the love of Dick Grayson’s (Robin) life.

There are some great action sequences including the scene kidnapping Barbara while she’s out to dinner with Dick at upscale nightclub, which starts with Freeze coming for Barbara in the club, polar bears and all, and ends with Dick in badass motorcycle chase. The film’s finale on an oil rig that going up in flames is exciting and genuinely edge of your seat tense. 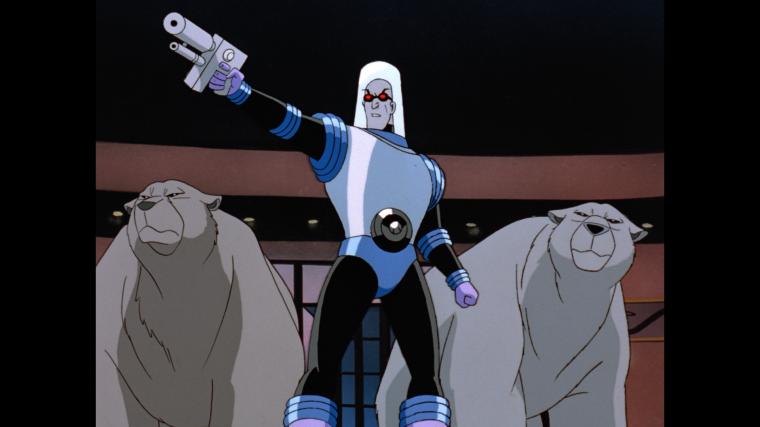 This is also arguably the darkest we see Freeze, who’s always been one of the most sympathetic members of Batman’s Rogues Gallery. Killing a man out of revenge for murdering your wife and destroying your life is one thing, but butchering an innocent young woman to harvest an organ is pretty fucking dark. Especially considering she was basically already dead and the procedure did not seem to have a high likelihood of success when it’s being performed on an abandoned oil rig by a criminally negligent doctor who hasn’t changed his clothes in days and is solely motivated by paying off his shady debts. We do see glimmers of the honorable man that still exists somewhere deep beneath the ice of Freeze, but his main mission here is kind of unforgivable. And those polar bears aren’t fucking around either! I rewatched this because it just came out on Blu-ray, which includes all the other Mr. Freeze episodes in the Batman: The Animated series Universe (including Batman Beyond), and I found myself thinking it was kind of underrated. This movie is also notable because it came out in the time betweeen the original Batman: The Animated series ended and The New Batman/Superman Adventures began. It was the same show, same continuity, but there was a big character redesign. Also, there are some big character developments that happen between the change over on the show and this movie hints at some of those upcoming character developments.

I definitely recommend picking up Batman & Mr. Freeze: Subzero, I know I did. Especially if you have the other animated movies on Blu-Ray. It’s very good Batman movie and the Blu-Ray transfer looks good on the traditional animation. They experimented with some computer animation for certain shots and vehicles, that don’t work and look super dated. Other than that, this gets a big thumbs up from me. Give it a watch!

Oh FUCK! I forget about Batman: Mystery of The Batwoman! That’s one of the movies too..

You can pick up the Blu-Ray through our Amazon Affilliate link here: