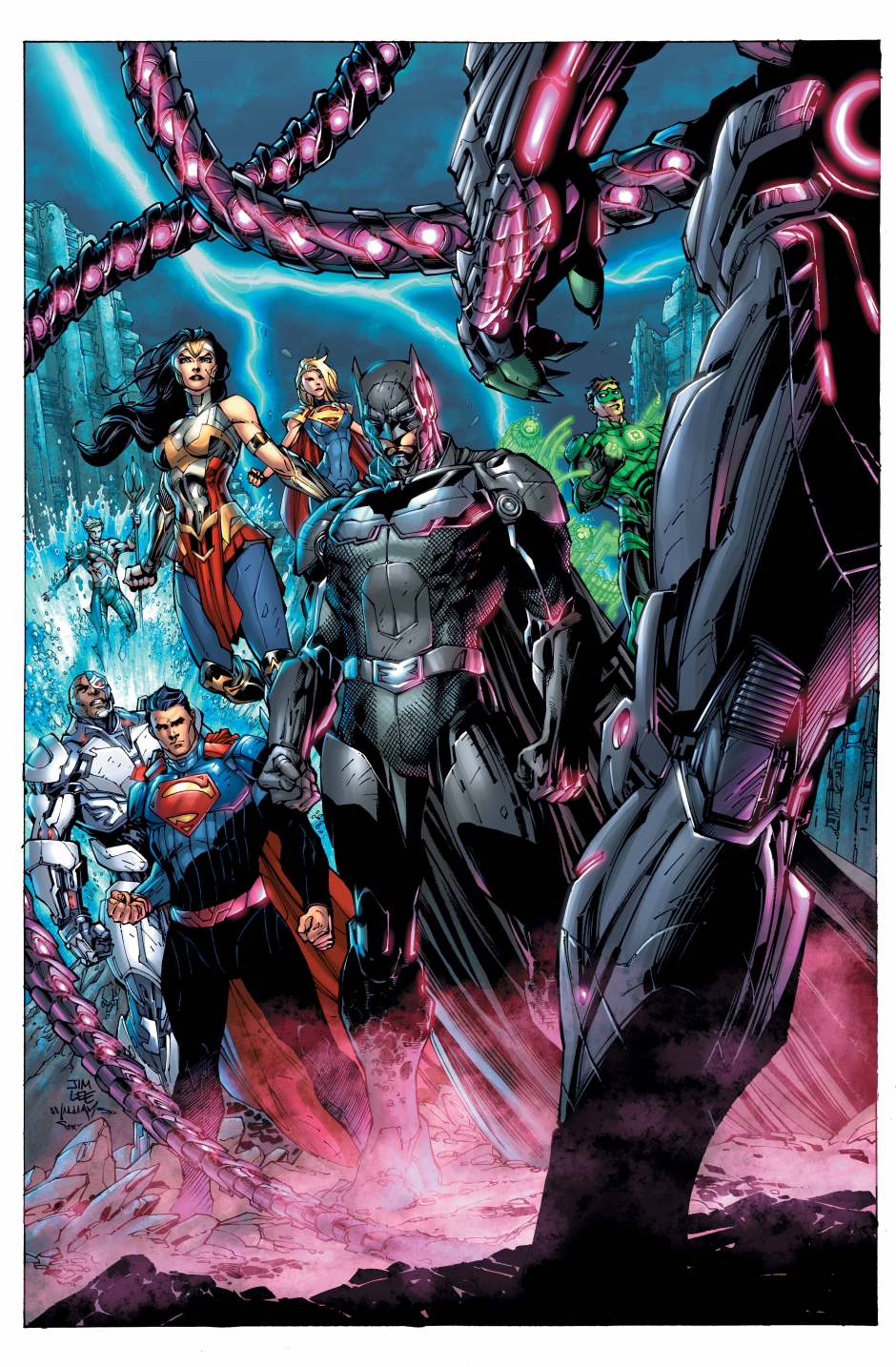 First all, sorry for not putting up the “Comic Book of the Week” column earlier. (It should really be Comic Book of LAST Week). I got distracted by a trailer for a small indie film that’s coming out, “Star” Something…
But enough about that, let’s get into some MOTHER FUCKIN’ COMICS!!! Even though there were some high profile books released this week, including the end of Brian Michael Bendis’ epic Guardians of the Galaxy run “The Comic Book of the Week” goes to Injustice 2 #1. In case you don’t know, Injustice Gods among Us was an enormously popular, Mortal Combat-style, fighting video game, featuring all your favorite DC Comics heroes and villains beating the ever-loving fuck out of each other.
As a rule, comic book tie-ins designed to promote film, TV, or video game properties are massive piles of dogshit. However, the comic book tie-in to the 1st game, Injustice: Gods Among US, chronicled Superman’s slow decent into madness and fascism after the destruction of Metropolis and the deaths of his wife and unborn child at the hands of The Joker. Believe it or not, this was one of the best Justice League stories of the last few years. Injustice: Gods Among Us Years 1-5 are all available in trade paperback collected editions. I highly recommend you check them out.
It’s another compelling physical and ideological clash between Superman and The Dark Knight. (Of course Batman wants nothing to do with what he sees as Superman’s fascist regime). One of the interesting aspects of the story is seeing who sides with who, and why. In this universe, Superman and Lex Luthor are best friends and it’s cool to Lex struggle with being loyal to his friend, but realizing that Superman has completely lost it. It’s a great flip to their usual relationship.
The biggest difference between Marvel and DC is that the heroes of the DC Universe are MYTHIC. They’re more than human, they’re modern day gods. Which is why (despite what some people say) it’s so interesting to see these characters shown in a new light. Some of the best DC stories ever told are deconstructions of these archetypes and that’s why Injustice: Gods Among Us works so well.
Next month Injustice 2, the sequel to the hit video game comes out. In anticipation of the games release, Injustice 2 #1 hit shelves this week and it covers the events from the end of the last game to just before the beginning of Injustice 2. Considering how strong the first series was, Injustice 2 #1 is a must read.
I’ve read the first issue and one of the more intriguing aspects of the story is how can Batman pick up the pieces of a devastated world after finally toppling Superman’s regime? Absolute power corrupts absolutely and with that much power, will Batman fall victim to the same temptations that turned the Man of Steel into a monster? You’ll have to pick up the book to find out! I will say this; the series is off to a strong start.
I also wanted to take this opportunity to talk a little bit about all the different ways comics are available to potential readers. If you’ve ever thought about picking up a comic book, there’s been no better time in the history if the medium. Comics have never been better. I’m a big believer in supporting your local comic book store. They’re the backbone of the industry and comics need as much readers as they can get. But, if you don’t have the time or there isn’t a comic book store located near you, I highly recommend the Comixology app. Each week, you can get all your favorite comics downloaded to your tablet or smartphone, as well as a massive library of previously published comics. Once you buy them, they’re yours, you own the comic. Just like if you bought a digital copy of a movie on ITunes. One really cool feature is while reading a comic on Comixology, you have the option of having each panel fill up your screen and read panel to panel instead of page to page. It’s my favorite way to read comics because you appreciate the art and storytelling so much more. Of course, trade paperbacks and collected editions are available at any Barnes & Noble. Considering that most comic book issues are written like chapters in a book, waiting for the entire story arc to be collected in one book is a great way to read.

Anyway, we’ve got a whole new batch of comic coming out this Wednesday and hopefully I’ll have my “Comic Book of the Week” column up a lot sooner than this weeks.
Thanks,
-Paul