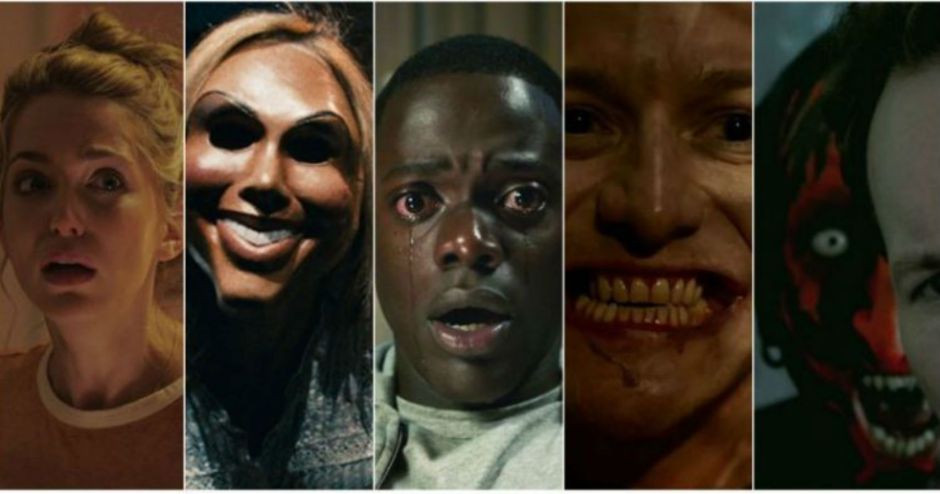 Halloween Horror Month begins here at World’s Best Media! On this episode of the podcast, special guest co-host Tim Cuff of the podcast Cuff’s Basement, makes his triumphant return to the show! In this wide ranging episode, Tim and I talk about our love of horror movies, by taking a look at Blumhouse Productions. The filmmakers behind hits like Get Out, Happy Death Day, Us, The Invisible Man, and many, many more. We also discuss the upcoming Disney+ series Wandavision and the future of the MCU! Enjoy and thanks for listening! *(Subscribe to Cuff’s Basement on iTunes/Apple Podcasts) 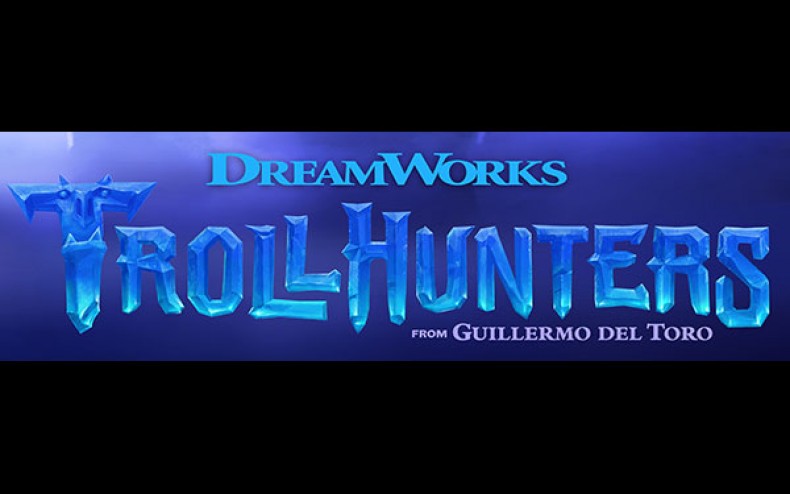 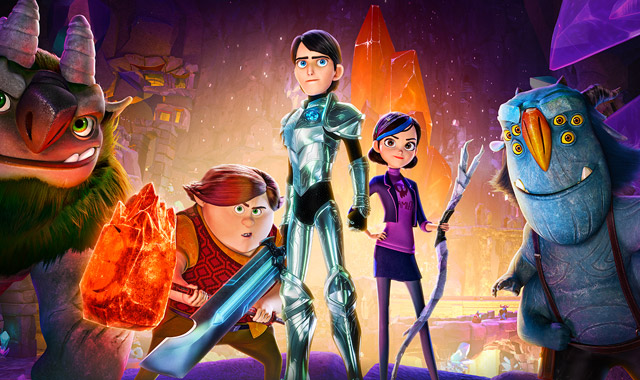 You might not have heard of Dreamworks’ animated show Trollhunters on Netflix.  Until I talked to Paul about potentially writing about it on here, I wasn’t aware of anyone I knew who had watched it, other than myself.  But it’s a great show, and I cannot recommend it enough.  I started watching it, because I wanted to watch something that would keep my son’s attention (he was 9 months old when we began season 1) but wasn’t so inane that I would go blank behind the eyes.  So, when I saw the poster on Netflix, and it boasted that it was created by Guillermo del Toro (director of Hellboy 1 & 2, Pan’s Labyrinth, and Pacific Rim) I thought it might be a good fit for us. 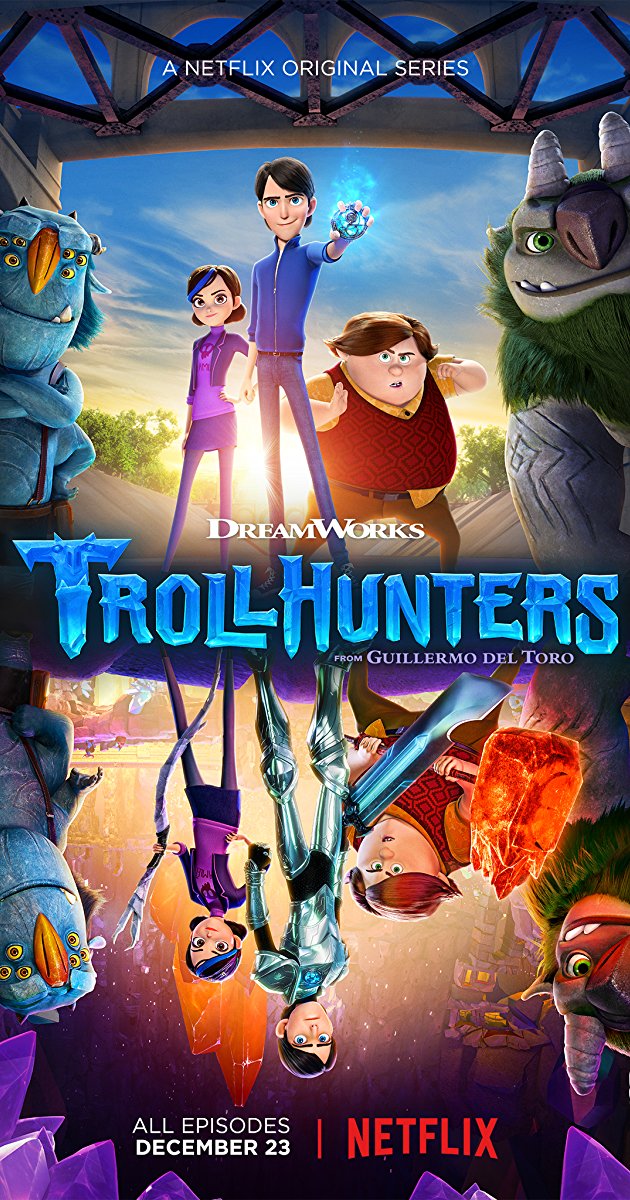 Trollhunters, is an action adventure cartoon that I think pretty much all ages can enjoy.  It tells the story of Jim Lake Jr. who becomes the first human ever to become a trollhunter, when the previous trollhunter is killed in action.  (These aren’t really spoilers as it’s kind of all revealed in the first 5 minutes of episode one.)  Jim is in high school, and much like other YA fiction, he is thrust into a world that mixes his normal growing up troubles with life and death stakes.  In this way, it’s not too original, but it is fun! 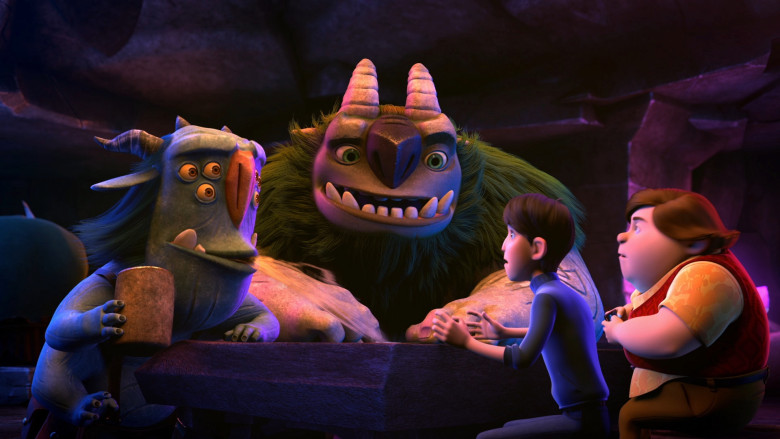 Trollhunters, thrives in it’s characters.  Jim is less steadfast than a typical Harry Potter kind of protagonist, but is a more believable teen for it, and it makes the call to responsibility even more impressive.  Toby, his best friend, plays on the typical scared side-kick trope, while at the same time being a total bad-ass, which shines through in his ability to help out with Jim’s training, and his own desire to do the right thing.  Blinky and AAARRRGGHH!!! (that’s how IMDb spells it) are my two favorite characters, because they are the trolls who are tasked with helping Jim to become the trollhunter that the good troll community needs him to be.  Blinky is voiced by Kelsey Grammer, and it is endlessly amusing to hear him read lines that seem so silly, with such gravitas.

So, what do I want to see with Trollhunters?  Well, in order to answer that, I need to explain something.  Jim, is voiced by Anton Yelchin, who died in an accident more than a year ago.  Yelchin had finished recording season one by the time he died, but until recently, I hadn’t realized that he had also recorded (not sure if it’s complete or there is some patchwork with another actor) season two. 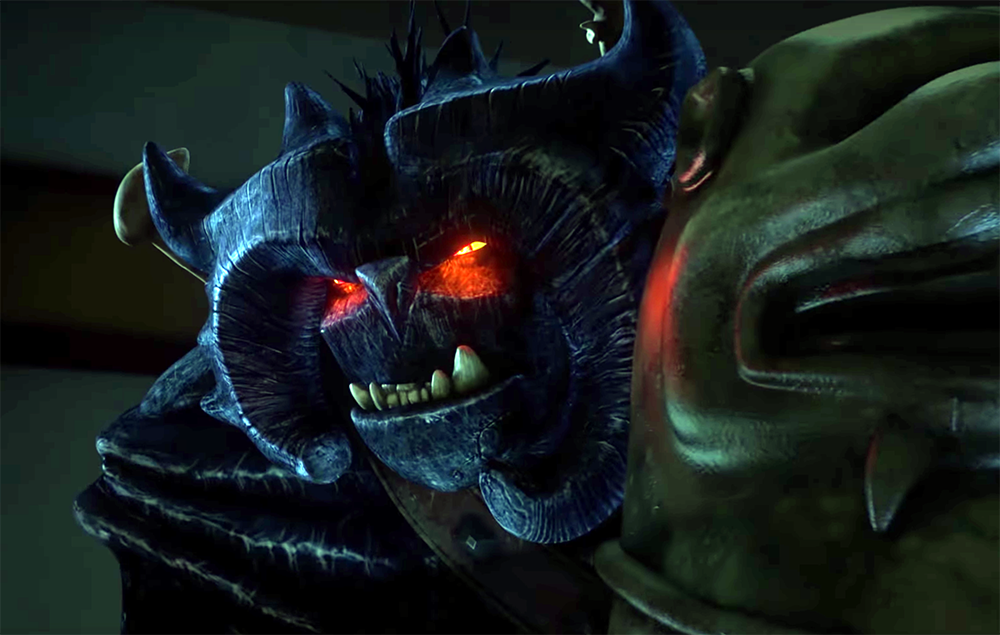 Yelchin does a great job voicing Jim, but I don’t think he has to be the voice.  That is where I come to my point.  I’m glad we get two seasons of Anton Yelchin, but I really hope, that Trollhunters is going where it naturally would have, had Yelchin lived.  His death was tragic, and I don’t mean that in a disrespectful way, but as far as the story is concerned, I don’t want it to shift to reflect his death. 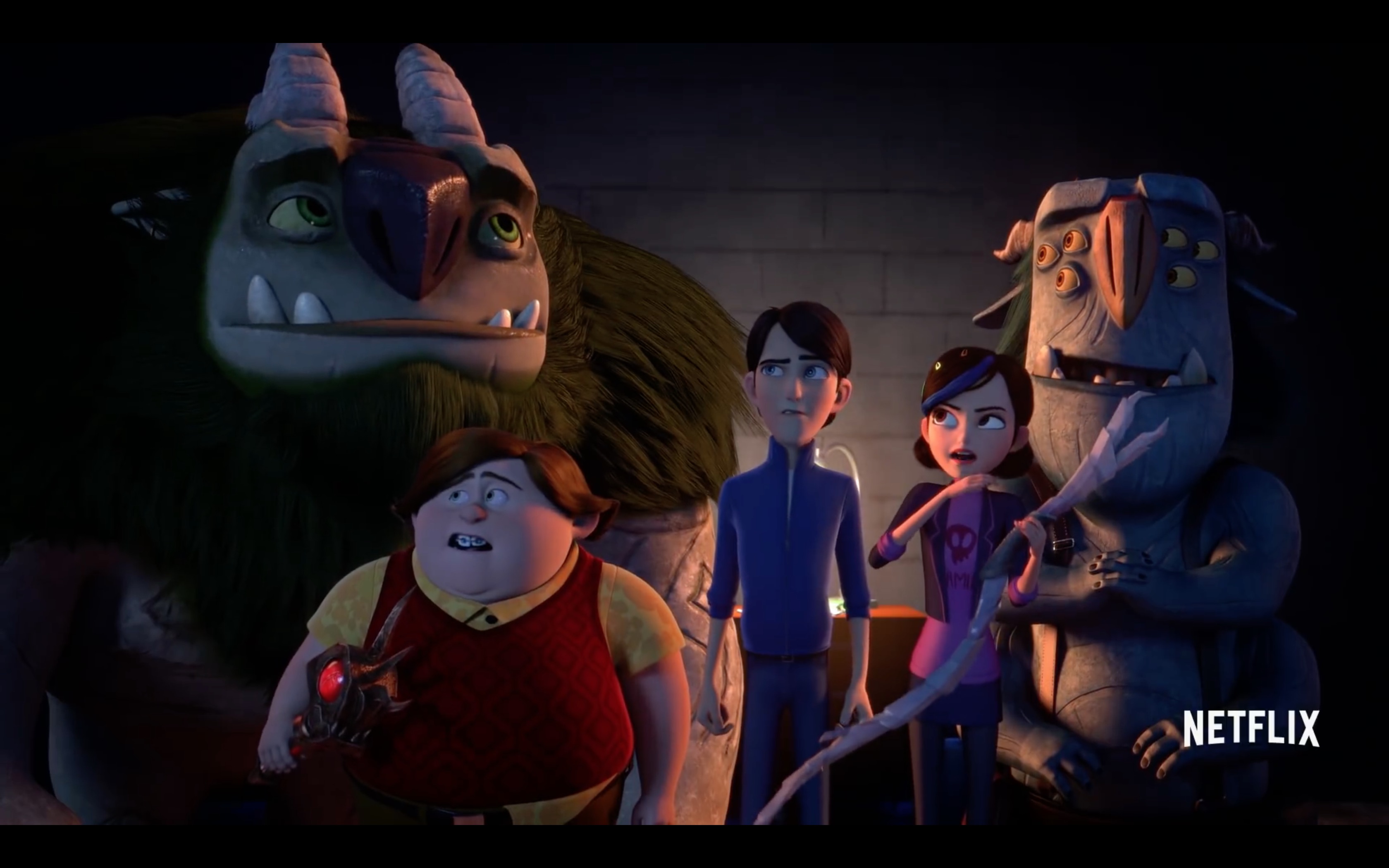 It’s something that many TV shows, and movies have to deal with, this idea that if someone dies, they have to figure out how to move on with their story, and unfortunately it seems to rarely work out well.  When Heath Ledger died for example, he was working on the Imaginarium of Dr. Parnassus, and in order to finish the movie, they recast with Jude Law, Johnny Depp, and Colin Farrell.  Because of the nature of the story, it didn’t seem to have too significant of an effect on the movie (which seemed like it may have been a mess regardless) but look at the other posthumous Ledger movie, The Dark Knight.  Sure, Ledger had finished The Dark Knight, and so that movie remains untarnished by the flaws of a mid production death, but as a franchise, what would the third film have been had Ledger lived?  It’s something I’ve wondered since before The Dark Knight Rises was released.

The point is this, Anton Yelchin is great in this role, but ultimately, we don’t have a Ledger situation, where recasting seems sacrilegious, we have a voice over of a teenage character, and there are a lot of ways of adjusting to a new actor, without being disrespectful to Yelchin, and without having to shift the storyline, or the tone of the story.

Check out Trollhunters on Netflix if you watch the first episode, you’ll get the feel for the show, and I think you’ll fall in love with it!  Season two comes out on December 15. 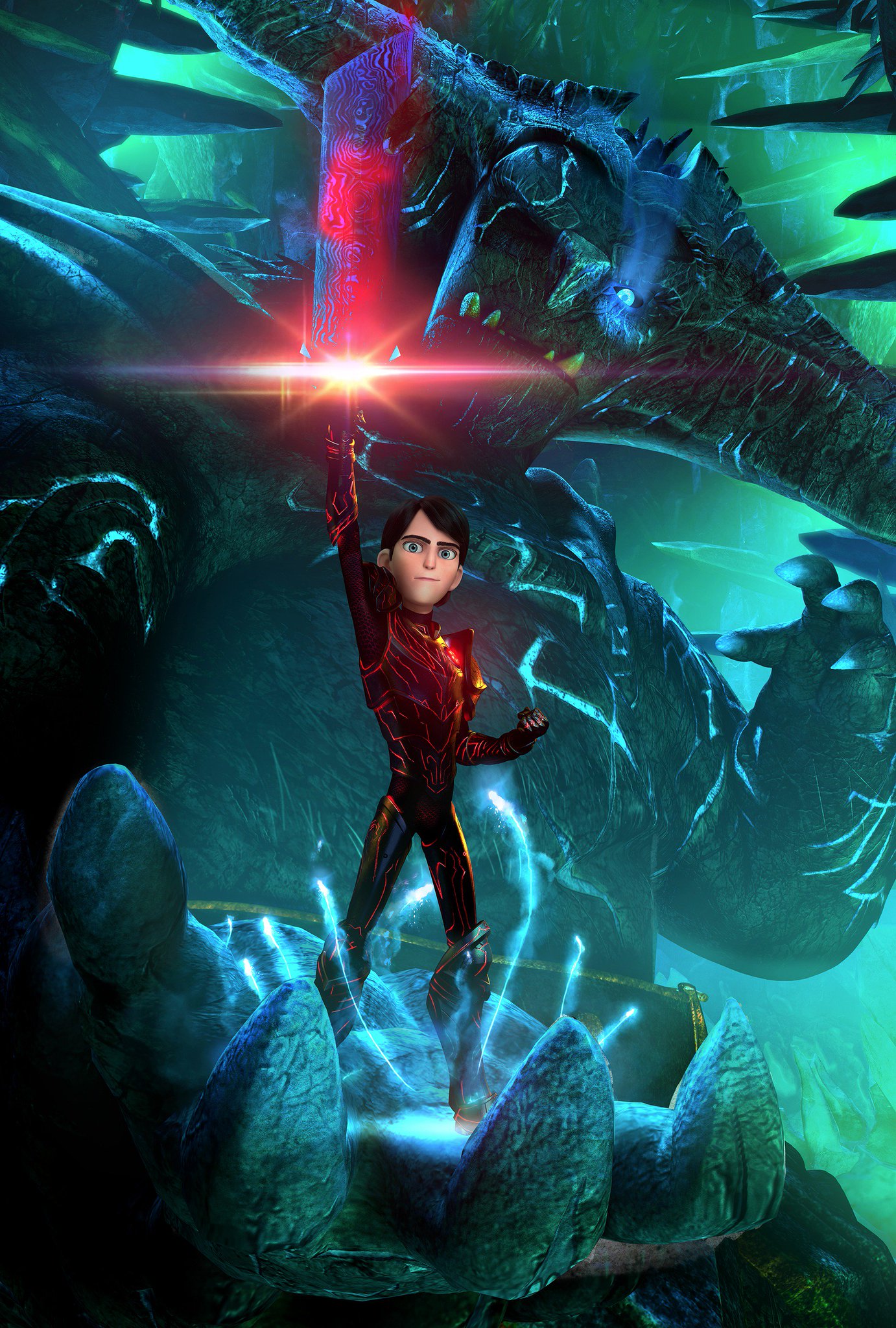 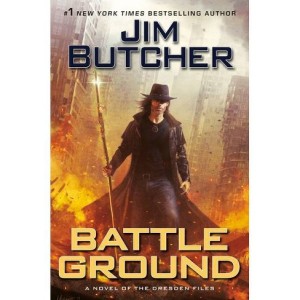 Jim Butcher’s New York Times Bestselling urban fantasy series, The Dresden Files, returns with the new novel Battle Ground! The conclusion of the epic 2-part story that began in this past summer’s Peace Talks, the latest installment hits the ground running as all out supernatural war hits Chicago and Harry Dresden’s life will never be the same. This book is the Avengers: Endgame of The Dresden Files! Don’t miss it!