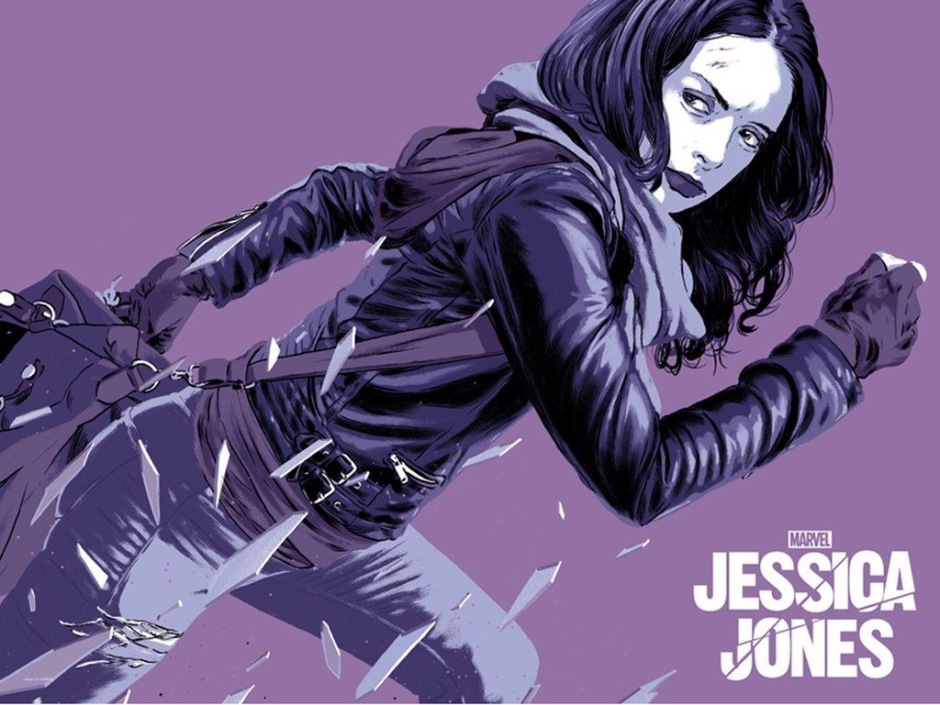 Jessica Jones Season 3 is coming to Netflix very soon and today I have everything you need to get ready for Season 3! New trailer! Posters! Plot Synopsis! Season 3 photos! and more! But before we dive in, Jessica Jones Season 3 marks the end of the Marvel/Netflix partnership. This season will be the final piece of original Marvel content produced with Netflix. So I wanted to take a minuet to talk about the Marvel/Netflix shows as a whole, as well as their impact and legacy within The MCU.

I was so excited when this was first announced. Netflix and Marvel doing a set of TV series’ focusing on the street level heroes of The MCU was, and still is, a fantastic idea. To top it all off, the shows would feature Daredevil, Jessica Jones, Luke Cage, and Iron Fist, some of my favorite Marvel characters of all time (Daredevil is #2on my list of Greatest Superheroes of All Time). All three Seasons of Daredevil and the First Season of Jessica Jones stand up with movies like The Dark Knight, Logan, and Captain America: Civil War as live action masterpieces of super hero story telling. Not all of the shows were as successful as DD and Jessica Jones. Luke Cage Season 1 started out fantastic, but lost it’s way towards the end of the season. I’m not certain about the critical and public perception on Luke Cage Season 2, but I thought it was a little better than Season One. Iron Fist was ripped apart when it premiered, as the weakest show in the franchise by far, but made a massive improvement in quality, acting, fight choreography, and storytelling in Season 2. Even The Punisher received 2 successful seasons coming off his memorable debut in Daredevil Season 2. Unfortunately, the team up miniseries The Defenders, was no small screen Avengers. The series largely disappointed critics and fans alike. Going into Jessica Jones Season 3 the enthusiasm for the franchise isn’t where it once was.

As we look at the overall place of the Marvel/Netflix shows in the greater context of the Marvel Cinematic Universe. It’s a shame that Marvel/Netflix characters didn’t have a larger role in The MCU, especially considering how most of the characters were handled so well. Millions of fans wanted to see Daredevil, The Punisher and more of the street level characters show up in an Avengers movie or a film with a large cast of heroes, like Civil War. When asked by journalists, the creative people involved in the MCU films like the directors, writers, and actors, loved the possibility of the Marvel/Netflix characters showing up in one of their movies. However, the higher ups at Marvel weren’t as optimistic. Kevin Feige would say things like “We don’t have any plans for the characters at the moment. But anything’s possible.”. That’s basically a very nice way of saying, it ain’t gonna fucking happen. Fans were never even given a cameo or reference to the TV heroes on the big screen.

Unfortunately, this policy didn’t have anything to do with the quality of the shows, but behind the scenes drama between producers working for a Marvel Studios. This was mainly due to the fact that Marvel’s film and television division were run by different people, Kevin Feige and Jeph Loeb, respectively. The rumor was that the relationship between the two divisions wasn’t good. This just made the idea of The Defenders or The Punisher making appearances on the big screen much less likely. This is just speculation, but I’d bet Jeph Loeb was the asshole of this situation. Kevin Feige did and continues to do the impossible by building the MCU. He has a reputation for being down to earth and very measured. Jeph Loeb, on the other hand, is well-known for being egotistical, without having much respect for the fans. Loeb has also written a lot of comics at DC and Marvel over the last 30 years. A few of them are admittedly great, but for the most part he’s a complete hack of a writer, behind such atrocities as Marvel’s Ultimatum. Oh well, if only the stars had aligned properly… At the end of the day we’ve received some mind blowing movies and TV shows from Marvel. So, sometimes this stuff can sound like nitpicking, but I do hope Marvel figures out a way to work these characters into their films in the future. I just hope if they make a Daredevil movie, they keep Charlie Cox as Daredevil and Vincent D’Onofrio as The Kingpin because they are the PERFECT FUCKING DAREDEVIL AND KINGPIN! Let’s hope Jessica Jones rallies in Season 3 and ends the Marvel/Netflix run on a high note.

With all of that out of the way, back to Jessica Jones Season 3. Now, here’s what’s been released for the upcoming season…

First off, here’s the official synopsis of Jessica Jones Season 3 from Marvel and Netflix:

“When Jessica crosses paths with a highly intelligent psychopath, she and Trish (Rachael Taylor) must repair their fractured relationship and team up to take him down. But a devastating loss reveals their conflicting ideas of heroism and sets them on a collision course that will forever change them both.”

We have more photos from Season 3 below and you can watch the new full trailer right here. This trailer is the first indication of what type of story season three is it telling and what direction it may go in. I think it looks pretty damn interesting, take a look:

Based on the trailer, it looks like the series is attempting to return to that intense, thriller vibe that made season one so great. It’s also nice to a genuinely creepy villain, the trailer has a real “Seven” feel to it. Speaking of the villain, Gregory Salinger is certainly on the D-list, Marvel often does great things with relatively obscure villains. The Purple Man wasn’t on anyone’s favorite villain list until Season One and David Tennent’s performance made Killgrave into one of the all time great, on screen, comic book villains. In the comics, Gregory Salinger is also known as Foolkiller, a mantel worn by multiple men in the comics.

I think the show will probably take bits and pieces from each incarnation of the character in the comics for whatever works for the show. Basically he’s a psychopathic serial killer who think he’s some kind of vigilante (another parallel with the film Seven).

It also looks like Trish is continuing on her path to becoming the vigilante Hellcat. Judging from the trailer and the plot synopsis, Jessica and Trish don’t exactly see eye to eye on the subject.

Here are some additional pictures from the upcoming season:

Regardless of how the season turns out, I’ll be watching all of Jessica Jones Season 3. When I finish the final episode,The Marvel/Netflix Era of The MCU will have ended. It’s bittersweet. On one hand I’m so happy these shows existed in the first place and on the other it’s sad to see them go. I just hope that Marvel finds a way to keep these incredible characters (especially Charlie Cox as Daredevil) as a vital part of the Marvel Cinematic Universe.