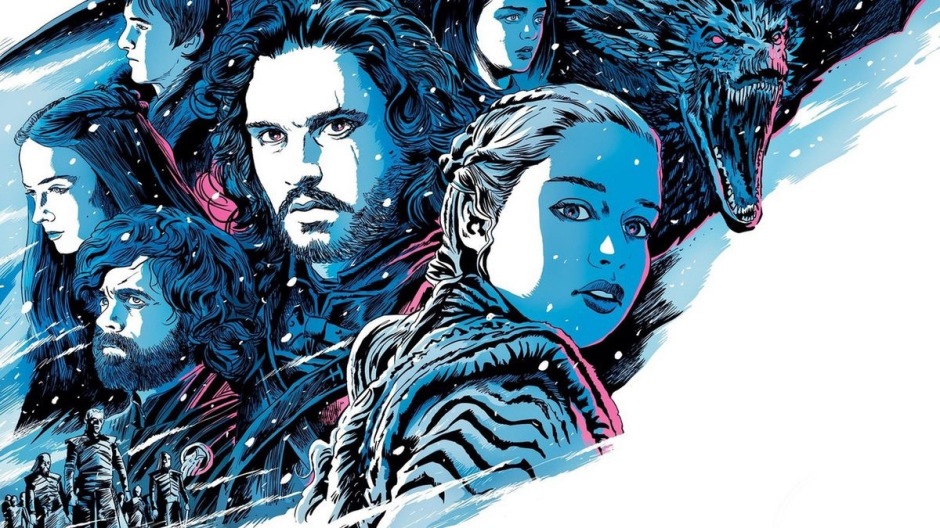 With Avengers: Endgame opening over the past weekend and Game of Thrones airing the long awaited and epic battle between our heroes and The Night King’s army, this has been one of the biggest weekends in pop culture history. The Infinity Saga and A Song of Ice and Fire are both reaching their epic conclusions. The already mega popular film franchise and hit television series are both coming to a close, so interest is at an all time high.

We hadn’t planned on recording a podcast for this episode of Game of Thrones. Even though it’s likely this is the biggest episode in terms of scale and battle sequences that we will ever see in the series. I can’t see them doing anything in the last three episodes that will top what we saw in episode 3 “The Long Night“. We covered the first two episodes last week and we had just posted our Avengers: Endgame review. However, as Paul Sr. and I began watching the episode, just for fun, we turned on the microphone and started recording a very, very rough and off the cuff audio commentary. It’s not nearly as smooth or polished as our other episodes because we really did this on a whim, so just consider this a bonus podcast from World’s Best Media this week.

So, if you want to listen to two idiots on the edge of their seats as they watch the biggest battle ever filmed (which is actually true and that includes feature films), give a listen to this sloppy, podcast commentary of the 3rd episode of Game of Thrones: The Final Season, “The Long Night”.  I think you’ll find it pretty damn entertaining! Listen here or subscribe on Stitcher, Spotify and iTunes: https://www.spreaker.com/episode/17777002