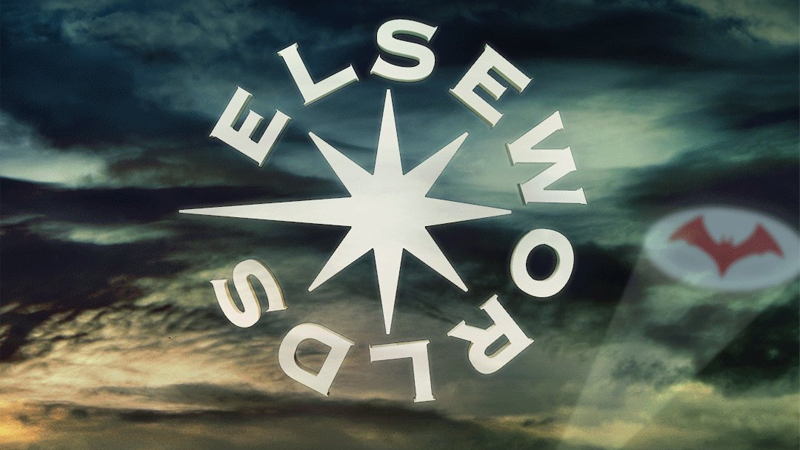 This year’s Annual Superhero Crossover Event on The CW, just keeps getting more interesting. Each new photo, each new piece of information that’s been released so has been great. This year’s Crossover, “Elseworlds”, seems to be,by far their most ambitious Superhero Event yet. Each announcement has been more intriguing than the one before. This Crossover will see the Arrowverse debuts of Batwoman, Lois Lane, and Nora Fries (which can only mean that her husband Victor Freeze can’t be far behind), they’re even making Superman a major player in this kind of story for the first time.

Sure, we’ve seen some pretty great Superman appearances on Supergirl, but seeing Clark Kent interacting with The Flash and Green Arrow for the first time is really exciting.

Over the past few weeks, set photos have shown that the miniseries event will take it’s “Elseworlds” namesake seriously. We’re going to see alternate versions of Barry and Oliver. Apparently we’ll see Stephen Amell playing not only an alternate version of The Flash, but Barry Allen as well. We’ve also seen Grant Gustin as Green Arrow. This isn’t just a costume and power swap, Barry and Oliver are switching their alter-egos as well

Plus, John Wesley Shipp (AKA Henry Allen AKA Jay Garrick) will return as The Flash from the short lived 1990’s Flash TV series. Which seems like another fun addition to this event.

At first, I thought only Barry and Oliver we’re getting fun alternate versions of themselves in this Crossover, but Superman will as well. When the photo of Superman in a black costume was released I didn’t think it necessarily meant this was an evil, alternate version of The Man Of Steel. This was definitely a Superman from another Earth, but not necessarily a villainous version of the character…

POTENTIAL SPOILERS HERE, I’ll BE DOING A LOT OF SPECULATING, WHICH DOESNT MEAN I’LL BE RIGHT. BUT IF YOU WANT TO GO INTO THIS CROSSOVER COLD, PROCEED WITH CAUTION….

Still here? Ok… t turns out I may have been wrong about this version of Superman. He is indeed a bad guy. In the set photo below (and others you can find online) we see Supergirl, Green Arrow, and “our” Superman facing off against the (presumably) evil, black suited, Superman holding Barry hostage and, possibly, considering crushing his head like a grape. Now, take a good look at “our” Superman, the good Superman in the foreground. He’s holding a large, old book that other set photos have seemed to suggest,  evil, black suit Superman is after in a big, bad way. This is just a theory, but if I’m right,  that book could have a massive significance for the entire ArrowMultiverse,  but more on that in a minute…

With all these alternate Earths and alternate versions of heroes in play, it’s unsurprising, but no less cool, that LaMonica Garrett will be playing a key role as The Monitor. An extremely powerful entity that’s part of a race of beings called The Monitors, who safe guard The Multiverse. Courtesy of EW.com we have our first look at The Monitor it’s pretty fucking awesome. Take a look:

Remember the book I told you to keep an eye on in the superhero standoff photo? Well, it looks like The Monitor is holding the same book in photo above. What’s this book and why’s it so important? Because, in my opinion, it looks a lot like The Book Of Destiny. Destiny is one of The Endless. Siblings who personify states of being for sentient life: Destiny, Death, Dream, Destruction, Despair, Desire, and Delirium.

Destiny is the oldest of The Endless and forever chained to his book. The Book Of Destiny contains everything that ever was and will be. So if The Monitor has it, this story is possibly a lot bigger than we’ve speculated. This wouldn’t be the first time The Endless were referenced, or at least hinted at, in The Arrowverse, so it’s a possibility. If someone could find a way to get The Book away from Destiny (a presumably impossible task), they’d have the knowledge of all of creation at their finger tips. Unlimited power.  However, like I said this is just a theory. But it would be really fucking cool.

Another exciting idea is, with The Monitor in play, his evil counter part The Anti-Monitor could the villain of the Crossover or will at least make an appearance.

The Anti-Monitor is arguably the most powerful and dangerous villain in the DC Universe. He was the main antagonist in Crisis On Infinite Earths, a story that’s been hinted at since the first episode of The Flash. The Anti-Monitor and The Book Of Destiny, if they’re in play, the stakes don’t get any higher.

The newspaper headlines from the future, “Flash Missing, Vanishes In Crisis” and “Red Skies Vanish” are both references to this seminal miniseries. It seems like regardless of how this plays out, this is going to be one epic crossover.

Despite any problems you may have with the individuals shows, The Arrowverse  always seem to really pull it off in a spectacular way when it comes to the crossovers each year. They have yet to disappoint and this one doesn’t look to break that trend. I know I can’t wait for December to see exactly what crazy adventure our heroes find themselves in.