As a father of a nearly four year old boy, I often have to do things that I don’t want to do, or watch things that I don’t want to watch. At Christmas, I had to take him to see Cats, because he was obsessed (to be fair, he saw me showing the trailer to my wife and saying ‘they look so creepy’ and thought we were going to see a horror film). Occasionally, I go see something that doesn’t look good to me, and then ends up being good. Sonic is such an occasion.

When the first trailer came out, I like everyone else, thought that the design for the character looked absolutely awful. Here’s a side by side comparison between the original, horrifying, design for Sonic and the much better and more character accurate redesign, present in the final film…

When they redesigned Sonic, I wasn’t as relieved as everyone else, because while the design looked awful, nothing about the story being shown in any of the trailers looked good to me. I used to play the games, and watch the cartoons, and I couldn’t for the life of me figure out why you would bring Sonic to Earth. Sonic is a freedom fighter, fighting the tyrannical scientist Dr. Robotnik, and freeing enslaved animals, the trailers didn’t seem to resemble that at all.

I’m going to go pretty light on SPOILERS , but obviously there may be some, so head’s up.

Sonic comes from the world that is essentially what we’re used to seeing in the video games, he came to Earth to hide from the Echidna who want to take his power. He’s given golden rings which help him transport. *(Editors Note: Sonic’s world is called Mobius! BOOM! OUT NERDED! -Paul) Then he hides out on Earth for a decade, until he accidentally reveals himself to James Marsden’s Tom . The government hire’s Robotnik to find him, and the movie really begins. It’s a buddy comedy between Sonic and Tom, as they try to get Sonic to safety.

Ultimately, two things managed to overcome my skepticism towards this film. The first is that it’s very fun, the humor is good, the action is pretty good, and it’s just enjoyable. The second is, while Sonic is stuck on Earth the entire time, it is clear that the world of Sonic does exist, and if the series moves forward, I think we’ll see more of it. This almost could play off as a prequel to the games, especially since Jim Carrey’s Dr. Robotnik doesn’t fully resemble the game’s Robotnik until the end of the movie. If this is a step into the Sonic-verse, and we get more into it, I’m all for it.

They definitely managed to capture the feel of Sonic, and that was more important than the setting, at least at this stage in the franchise (it definitely sets up a sequel, and as the number 1 video game movie opening in history, we’re likely to get one). If you go in with an open mind, and ready to have some fun, you’ll enjoy Sonic.

Sonic The Hedgehog: A Solid B

Make sure you check out Season 3 of WESTWORLD, Sunday nights on HBO at 9pm! 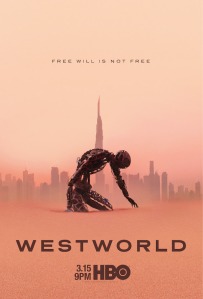