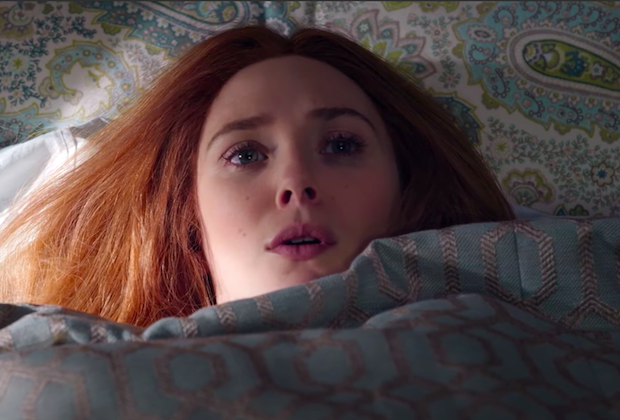 I’m not going to have any spoilers for episode 7, “Breaking the Fourth Wall,” in this, but the other episodes should fair game at this point. You’ve been warned.

After the first two episodes of WandaVision aired, I was intrigued and really frustrated that we were getting into the weekly episode format. I talked to Paul at some point before episode 3, and we were both in agreement that we wanted to sit and binge the show, and that it would benefit from that.

You see, Paul and I were both of the mindset that this was a marketing and sales decision, in order to keep people on Disney+ through the run of the show. I still think that is probably the reason it’s being done, but now after watching 7 episodes, I think we’ve benefited from this schedule.

At a certain point a few weeks ago—probably before episode 4’s real world reveals— I thought that maybe the show would benefit, the way that The Mandalorian, so that each big fan service thing or big reveal got its own week to ruminate and be absorbed. I loved that one week we got Bo Katan, the next Ahsoka Tano, the next Boba Fett, and that we weren’t immediately diving into the next thing.

I do think WandaVision has had some of this benefit, especially when we saw Pietro come back, and had a week to wonder, but that’s not the big reason why I think the show is benefitting from weekly releases.

The big reason, is Vision.

From the beginning of the show, we’ve been kind of made to think that Wanda is ‘THE’ main character, with Vision being secondary, but Wanda created the Hex for herself, and also for Vision. And while other Westview characters have been playing the roles that Wanda had cast them in, Vision has been a bit more sentient and self aware earlier on. She didn’t create a puppet of Vision, but really recreated him.

In the fact that Vision, with or without his memory is the real Vision and not just a puppet, the artificial world that Wanda has created has been off to him from fairly early on. It’s been like a cut on the roof of your mouth that you can’t stop tonguing, and seems to not heal because of that. He’s clearly had a sense of analyzing and over analyzing, and trying to figure it all out, trying to make it make sense in his head.

As Vision struggles to make sense of his odd, unreal world, we are trying to do the same. Vision notices something odd, some break or hint in the reality to let him know what’s really going on. And as we wait another week for more information, we do the same.

Almost every week, I’ve watched the show first thing when I wake up on Friday morning, before I go on any social media, or do anything. Because I don’t want spoilers. I watch the show, I think about it, and as the day and week progresses, I see videos on YouTube, and posts on Instagram, pointing out the different Easter Eggs, and what they may mean for WandaVisions future.

I’m primed for wanting to know more, and as I see the posts, and watch the videos, people point out “the hand in the mirror” and “QuickSilver said ‘kickass'” and because we know little to none of it is an accident, we’re left wondering what if anything each easter egg is hinting at.

We’re going through the same kind of frustrating search for answers that Vision is going through, and in that way it’s really working.

I’m not watching the show with my wife and son, because I didn’t think they’d be interested when I started, but now I plan on rewatching it with them, once it’s over. But after the third episode, I told my wife, “it’s kind of scary, but in a way that I think would be more scary to you, than Logan,” (he’s almost 5).

I think they’ve been slowly causing this psychological dread with in us each week, in a way that they couldn’t really do if we were binging, and I think that dread is also a benefit to the show.

After WandaVision, we know that Wanda is going to be in Dr. Strange 2 which has been described as the MCU’s first horror film, and I think we’re being primed for that a bit. I also think, that the dread we’re getting in some of the episodes is similar to what Vision is experiencing. The vague feeling that something truly awful and heartbreaking may be coming, but not entirely sure what, or from where. And I kind of think that’s the point.

What do you think? I’m sure in our binge culture, you want to binge it, but do you think you’re benefitting from weekly releases instead? Comment below.