When I originally saw the trailer for “Upload,” I thought it looked like a “Good Place” knock off, and I wasn’t terribly interested. Eventually, between having exhausted so many shows in lock-down and my wife saying that she heard it was good, we decided to watch it. “Upload,” is a show about a 2033 world in which several companies have their own VR ‘heavens’ in which people can upload their consciousness into immediately before their death. Unlike what many expect Heaven to be like, these virtual ‘heavens’ are very capitalist, and therefore just like on Earth, those with means live better than those without.

One of the things that the show does really well, is balance tones. The show is part sit-com, part murder mystery, there are silly and whimsical moments, deep emotional moments, and a few gross-out moments, and they’re all weaved pretty together pretty well.

An aspect which I think makes the show unique is how the technology in this series operates. So, we follow the main character, Nathan Brown, as he is introduced to a swankier ‘heaven.’ Nathan has left behind his mother, niece, and girlfriend, all of whom can put on virtual reality suits and visit him. This alone is a cool concept, but one of the big events in the show is Nathan’s funeral, which he is able to attend with the help of a large wall wide screen, and the mourners can come up and talk to him as if they are in the same room together, minus the physical ability to hug or anything. Through out the show, he able to Skype or FaceTime call people in the real world just as he would have pre-death.

As the show progresses, the technology is used as a way to reemphasize the idea of wealth inequality. At one point, trying to think about what he can actually afford, Nathan goes with his mother (in a portable hard drive) to a ‘travel agent’ to tour more affordable ‘heavens.’ At the ‘travel agent’s’ office, we see the difference in connectivity with the real world, when Nathan’s head appears in an oversized lightbulb to discuss the possibilities.

‘Upload’ also shows us how this technology affects newer relationships. Nathan and his girlfriend, Ingrid, have not been dating very long when he is uploaded, and their relationship had very much been based in sex prior to his death, and while sex is still an option, it does force their relationship to deal with more emotional and intellectual compatibility. Nathan also develops a friendship/crush on his customer service representative (they’re called ‘angels’ within the company), Nora. This relationship, while they’re both physically attracted to each other, is based significantly more on intellectual and emotional compatibility.

There is a lot going on in the show, and I want to leave you without any significant spoilers, and I think much of this what I’ve gone over you could get from the trailer. The show very quickly introduces a mystery to propel you forward through the season, as well as figuring out all of the logistics of the character drama. I think it was really well done, and would recommend the show. 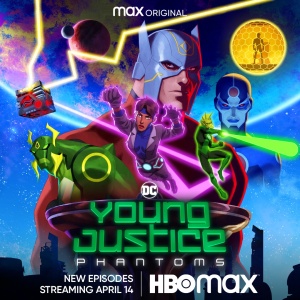