The final trailer for the second installment of Fantastic Beasts dropped about an hour ago, give it a watch and then scroll down to see what I thought about it:

The first thing that I want to talk about is Newt Scamander, played by Eddie Redmayne.  Newt was amazing in the first one, and I absolutely loved what he brought to the table, but there had been some rumors that he was going to be downplayed in this film due to audience response.  I’m glad to see that this trailer looks like that isn’t true. 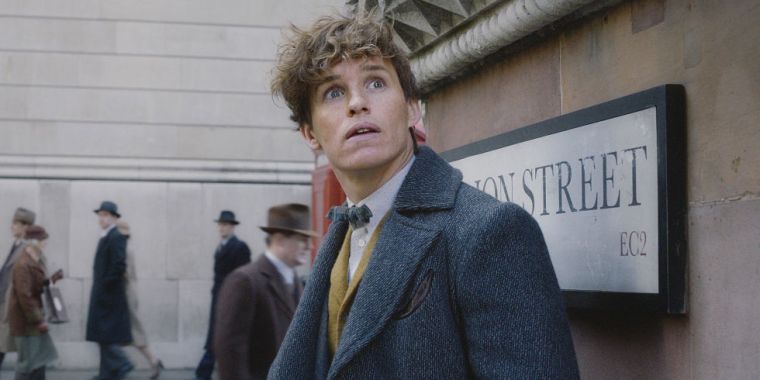 Newt is a great protagonist because he’s so different from the archetypal male protagonists we’re used to in action films, unlike the universe’s namesake Harry Potter.  I mean, I love the original movies, but did you ever notice that Harry’s magical method is shouting his incantations and spells as loud as possible to make them as powerful as possible?  He’s a bit of a yeller.  Newt on the other hand is soft spoken, and it took people off guard, because they weren’t used to it, but it lent the series some real rounding out.  There’s a great video all about Newt and his ‘Fantastic Masculinity’ that I think is really eye opening, and interesting. 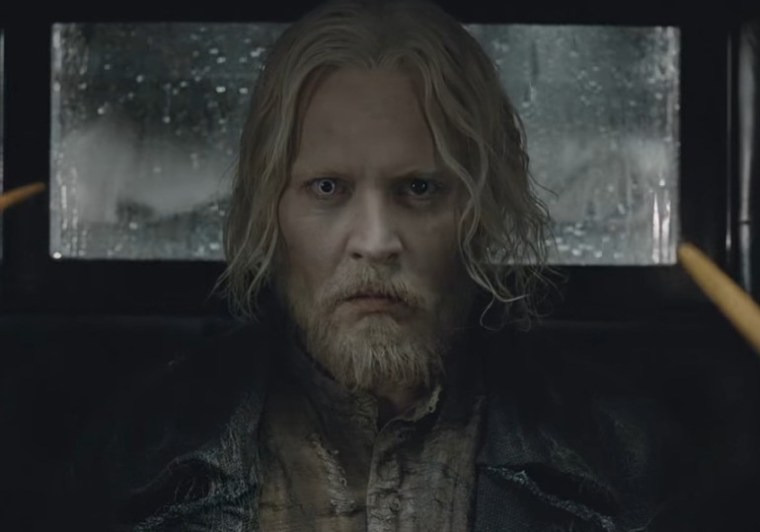 So that’s my first big take away, based on rumors and my own expectations.  The second is Grindelwald himself.  Now, I loved Colin Farrell in the first film, and I have to be completely honest, I was not happy to find out we were getting a Johnny Depp filled film in the sequel (and possible the three films after this).  I’m one of the many “Johnny Depp hasn’t been reined in enough” viewers, and was worried we’d get another ‘cartoon-y’ performance.  The trailer has a lot of Depp, and it appears as if he’s riding that same sweet spot of eccentric, but not too weird, that launched him into performances like Jack Sparrow.  So I remain cautiously optimistic.  The bleached white hair, and the accent aren’t a great sign, but he never fully crosses the goofy line.

The third part is Jude Law.  I think most Potter fans were excited to see him as Dumbledore when the first pictures were released. However, seeing him in action in this confirms for me that he’s going to be awesome.  I think Jude Law is great casting, but also they seem to have Dumbledore in a more youthful, but still Dumbledorian role, relegated to being the chess master in the background again.  I think too much Dumbledore could ruin the mystique, and so this is a great decision. 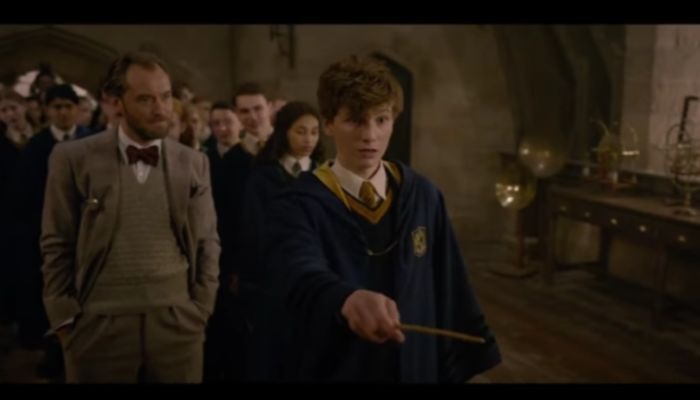 With Dumbledore, many of the fans were nervous that he wasn’t going to be directly expressing his homosexuality in this film, and I don’t know how overt it will be in the film (I’m personally game for any level), but he does tell Newt, that he cannot be the main one to oppose Grindelwald, and there is a shot that seems to show Dumbledore sadly pining for his lost love.  I imagine this is included in the trailer to appease the nervous fans, and basically say “you may not see them making out, but Dumbledore loves Grindelwald.”  Which I personally think makes sense, because it seemed as if their love happened as children and it’s over at this point.

The last thing I want to touch upon, is that they’re bringing back the main cast from the first movie and I’m thrilled about it.  I loved the three supporting characters, and I really think they helped to flesh out the differences between the muggle and wizard worlds. While also differentiating Newt from Harry.

I’ve been very excited about this film since I saw the first one, but today after watching this trailer I’m more excited than ever. This looks awesome to me.  Comment below and let us know what you think about the trailer, whether or not you’re psyched for the movie, and whatever else this trailer stirs up in you!

2 thoughts on “TRAILER: The Crimes of Grindelwald (Fantastic Beasts 2)!”