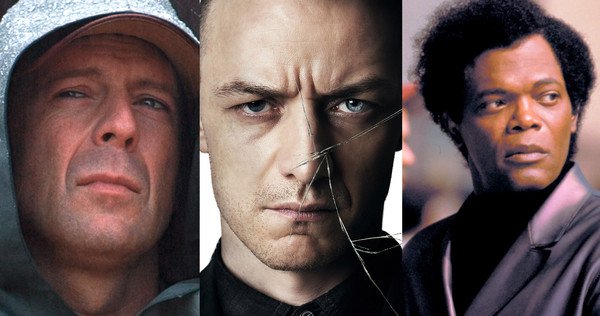 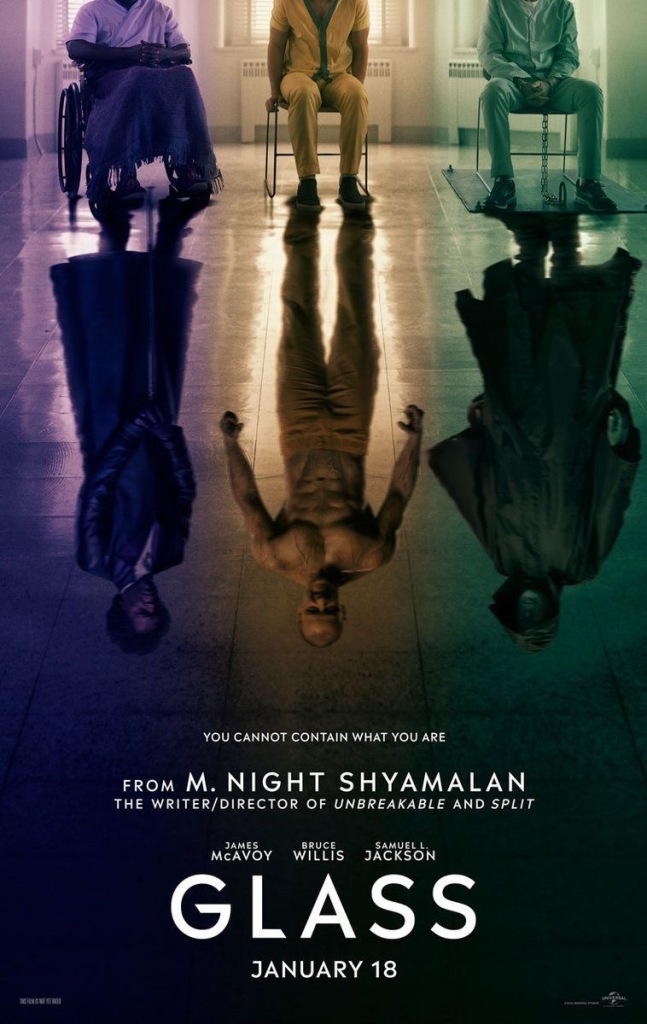 I’ve often said that M. Night Shyamalan’s Unbreakable is a massively underrated movie and easily one of the best superhero stories ever put on film. I’ve wanted to see the continued adventures of David Dunn and Mr. Glass for years now. When Split was revealed to be a quasi-sequel to Unbreakable fans like myself were understandably blown away. It was a fantastically creative and unique way to reintroduce audiences to this world Shyamalan created over 15 years earlier. Next January, Glass is hitting theaters as a sequel to both Unbreakable and Split. Finally reuniting Elijah Price and David Dunn with Kevin Wendell Crumb thrown into the mix. Below are some of our first looks at Glass with pictures put out exclusively by EW.com. Check them out below and I’ll share a few more of my thoughts as we go through them… 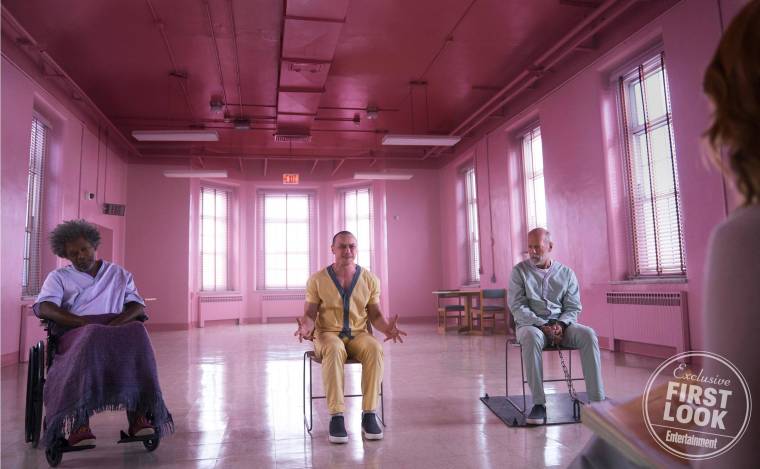 After The Sixth Sense, Unbreakable, and Signs, Shyamalan was being hailed as the next Hitchcock or Spielberg. Then he released The Village, an interesting failure which was crucified at the time for not living up to the monumentally high standard we’d come to expect from Shyamalan. It was all downhill for the director from there. For years, the man who was once being hailed as the next Alfred Hitchcock had become synonymous with terrible filmmaking.

Then the comeback began. First he did the very solid found footage thriller The Visit and he followed that up with Split. Shyamalan is on a comeback tour. If he’s able to stick the landing with Glass, he won’t be on a comeback, as far as I’m concerned, he’ll just be a great filmmaker again.

I think this picture is really interesting. Casey (Anya Taylor-Joy) was The Hoard’s captive in Split, so why is she visiting him in an institution? What larger roll does she play in the story’s narrative?

Elijah’s mother and David’s son (both played by the original actors) are returning for this movie. How’ve there lives changed?

I’d say the thing I’m most looking forward to seeing is how David has developed and learned to use his abilities over the last 2 decades. Since this an original work, it’s not like there’s a comic book that we can pick up to guess where the story’s going. I love that we’re seeing these characters and this world again and I love that I have no idea how this crazy story will play out! As always, thanks for reading!