A very good friend of World’s Best Media mentioned to me how he was looking for an easy way to pick up the upcoming Blu-Ray release of Star Wars Episode VIII The Last Jedi and suggested I put up one of our Amazon Affiliate links on the site. I certainly don’t want to exploit my readers and listener, but I thought this was a pretty good idea. It’s not always easy to get to Best Buy or something with everything going in people’s lives.

Let me tell you, I’m one of those suckers that buys the digital release on iTunes a few weeks earlier and I’m still going to buy this Blu-Ray. The special features are incredible are worth the price of admission alone. There’s a feature length documentary about the making of the film that’s great and one of it’s most interesting aspects is the relationship between Rian Johnson and Mark Hamill and how they had fundamentally different views about who the character of Luke Skywalker was. It’s interesting to watch that evolve throughout the making of the film.

Im going to post a full list of special features right here you can get your hands on. Pre-Orders are a good idea because they guarantee delivery on release date for pre-orders. As soon as you get home from work BAM! You got yourself some Last Jedi ready to watch!

The Director and the Jedi – Go deep behind the scenes with writer-director Rian Johnson on an intimate and personal journey through the production of the movie—and experience what it’s like to helm a global franchise and cultural phenomenon.
Balance of the Force – Explore the mythology of the Force and why Rian Johnson chose to interpret its role in such a unique way.
Scene Breakdowns
Lighting the Spark: Creating the Space Battle – Get a close-up look at the epic space battle, from the sounds that help propel the action, through the practical and visual effects, to the characters who bring it all to life.
Snoke and Mirrors – Motion capture and Star Wars collide as the filmmakers take us through the detailed process of creating the movie’s malevolent master villain.
Showdown on Crait – Break down everything that went into creating the stunning world seen in the movie’s final confrontation, including the interplay between real-word locations and visual effects, reimagining the walkers, designing the crystal foxes, and much more.
Andy Serkis Live! (One Night Only) – Writer-director Rian Johnson presents two exclusive sequences from the movie featuring Andy Serkis’ riveting, raw on-set performance before his digital makeover into Snoke.
14 Deleted Scenes – With an introduction and optional commentary by writer-director Rian Johnson.
Audio Commentary – View the movie with in-depth feature audio commentary by writer-director Rian Johnson.

(*Having watched the digital copy me are great and should be in the movie, but I can see why they cut a few of the scenes) 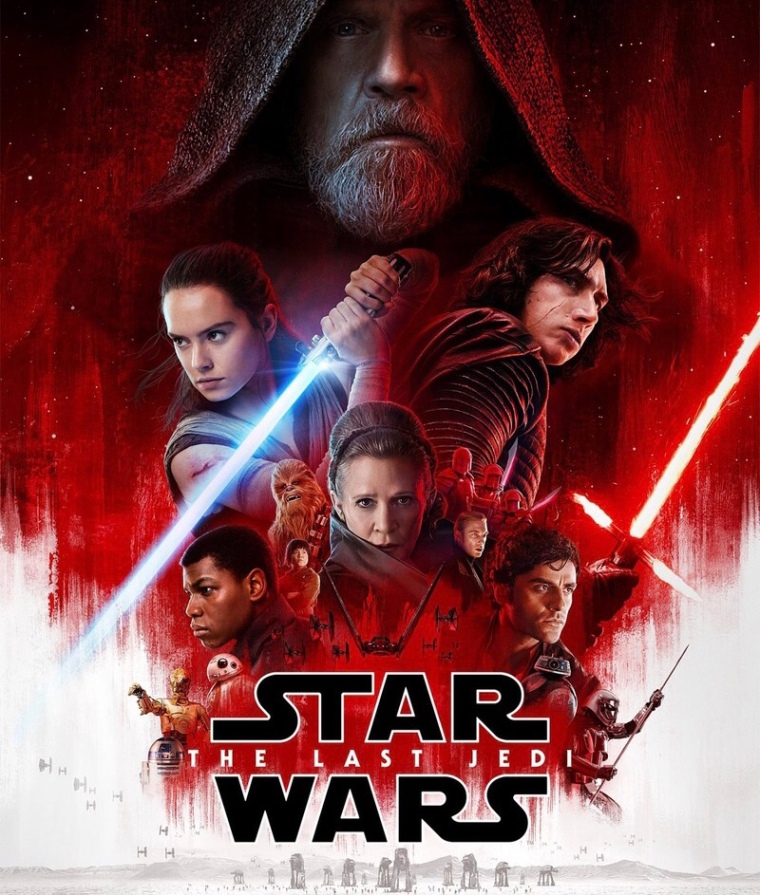