Today we got the first poster for the Venom movie due out in October. It’s minimalist and I like it. I’ve never been the biggest fan of Venom. I always thought he was visually interesting character and that’s about it. You see, in the comic book world, there a lot of characters from the 90’s that are dubbed “cool“ and certain fans clammer to see them on the big screen. I’ve always viewed Venom as a characters like Apocalypse, Carnage, Gambit, Cable and Deadpool. But I’ve found, it’s usually people who really don’t have a deep understanding of comics and only like these characters because they all have a great visual designs and have character traits that are superficially cool. “90’s characters”: it’s always been a dirty phrase to me. 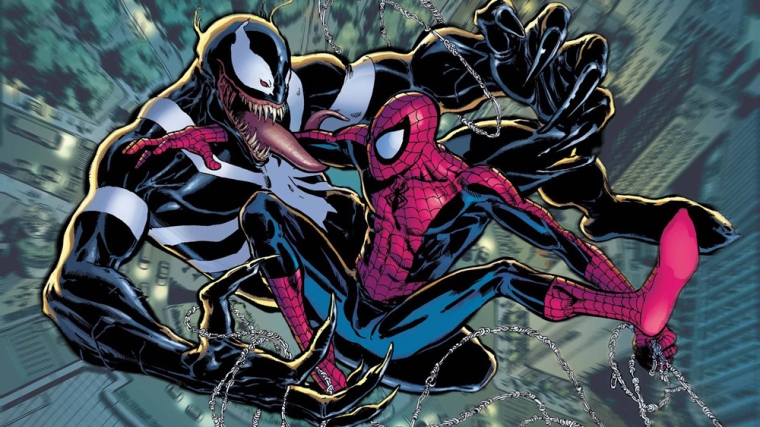 But it’s dangerous to make generalizations. I realize a lot of what I just said was very dismissive of an entire Fanbase. I’m not saying that’s right, I’m just saying that’s been my point of view. Deadpool really changed things for me. I always hated Deadpool. I thought he was the a pitta me of everything I just described. I genuinely didn’t understand his popularity. But at the same time I was rarely exposed to him in comic books because I avoided them. But then I begin to read Rick Remender’s excellent X-Force run. Basically, Cyclops (right in the middles of becoming the new metaphorical “Magento” of the Marvel Universe) created a mutant, black-ops, kill squad. X-Force was designed to preemptively find threats to mutant kind and quietly take them off the board before they can threaten the mutant race and when I say “take them off the board” I mean horribly kill them. The team which included Wolverine, Psylocke, Archangel, Fantomex, and Deadpool. This is an excellent X-Men book, definitely one of the best runs of the last decade. It was here that I started to like Deadpool. Then Deadpool started to pop up more in other mainstream marvel books like Avengers and I found myself liking him more and more. Then the movie came out and I’m eating some crow and loving the character. Deadpool 2 is one of my most anticipated movies of the year. My point is opinions can change.

Now if I was going to make a Venom film, I think Tom Hardy is an excellent Eddie Brock. You can do a Venom film with out Spider-Man because there’ve been numerous Venom series’ in which he’s an antihero going up against a worse villain like Carnage for example. I think the Venom movie will take inspiration from the Venom: Lethal Protector miniseries where he’s definitely a more heroic character. Even when he’s gone up again Spider-Man, Venom has never viewed himself as a villain, he’s viewed him self as a hero.

The movie’s director, Ruben Fleischer did Zombieland so we know there’s some talent and vision behind the camera. But I can’t help but think how interesting it would be just see the Spider-Man that we saw in Homecoming, the very young, boy learning to become a hero, go up against someone like a Tom Hardy Venom. It would be a dark, brutal story. Definitely something different and definitely something I wouldn’t mind seeing. Now when I say that, I mean I would want it to be a Spider-Man movie were Tom Hardy’s Venom is the villain. From the jump, it’s been made very clear that this Venom film has nothing to do with Spider-Man: Homecoming or the Marvel cinematic universe. But with rumors of Tom Holland being on set of the Venom film, it clouds things up a little. When this poster was released, there was also a hashtag that said “tomorrow”. So I would say we should plan on seeing a Venom teaser trailer tomorrow. That will start to give us an idea of what this movie is and what it’s going to look like. Like Deadpool before him, though I am not a huge fan of Venom, I will give this movie a chance. I just hope it doesn’t squander it. 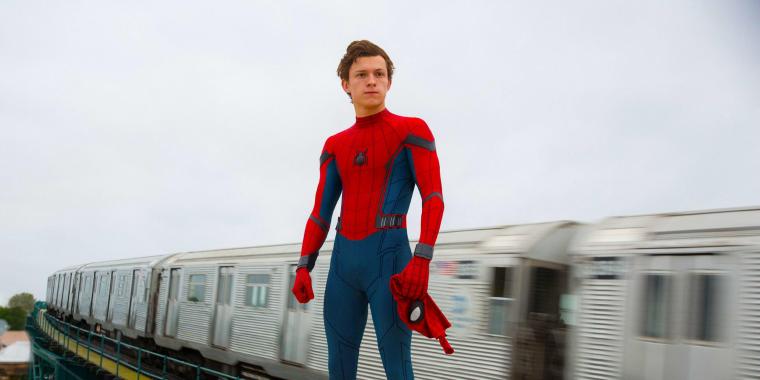 Check back here tomorrow where we will have the trailer posted IF it’s released. Thanks for reading guys!

UPDATE:  (2/8/18) Well, just as I predicted a trailer for Venom was realeased today. Take a look below and then I’ll give you my thoughts:

I really wanted to give this a chance, but man that is a terrible teaser. You have no idea what the movie is or what its about. You’d probably not even know it was a trailer for a Venom movie, if you didn’t KNOW IT WAS A TRAILER FOR VENOM MOVIE! We don’t get any sense of the character at all. We don’t know if they’re going to play Venom as more heroic or a darker character. There are almost no hints that there’s even a sci-if/comic book angle to the movie. There’s a very brief shot of what appears to be a symbiote in some kind of containment device, but THAT IS IT. Not good enough. Especially for a skeptic like me.  I was very against the Han Solo film, but at least they were able to put out a really good trailer and start to win me over. I had no interest in a Venom film from the beginning and if they keep putting out material like this, they’ll start losing people that are already on board, let alone bringing in new people like me.  Anyway I would love to hear your thoughts in the comments below.

Also check out our Amazon Affiliate links below to Uncanny X-Force Vol.1-2 by Rick Remender which collects his entire run on the series. As I said in the main article, I can personally vouche for it being one of the best X-Men stories in the last 20 years. Below that I’ve also put an Amazon link for the Venom: Lethal Protector series I mentioned If you’re curious what kind of material the movie will be based on. Going to Amazon through the links help’s support World’s Best Media and  we always appreciate it!