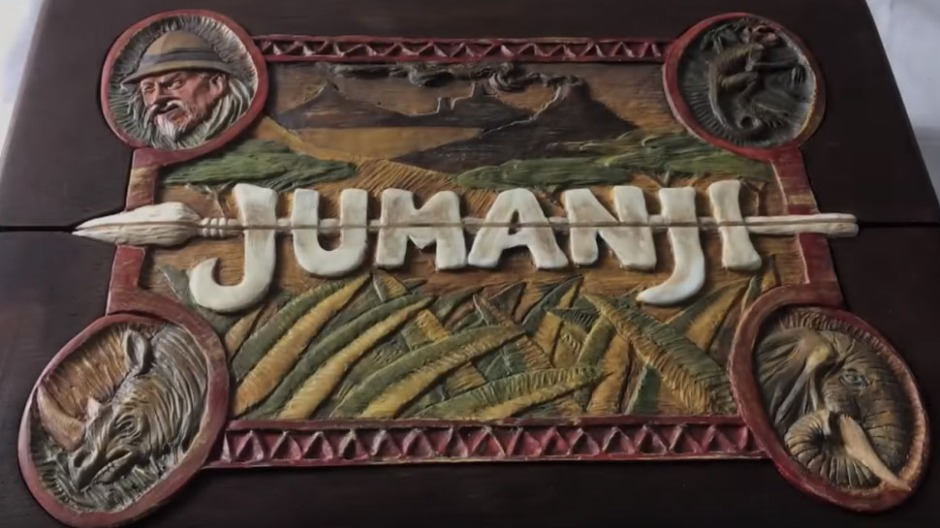 When Jumanji came out in 1995, I was eleven years old, and my Aunt Amy and Uncle Mike brought me and my little sister to see it, and it was awesome.  This was possibly the most intense action movie we had seen at that time, and we hadn’t even broken any rules watching it, it was for us!

At the end of the movie, there was a very clear lead in to a sequel, with the board game being found on a beach, and so as it fades to black the whole audience thinks “oh here we go again!”

But this was before it was obligatory that all blockbusters became franchises, and perhaps it wasn’t the box office behemoth I assumed it was, so we never got a sequel.  …Until now! 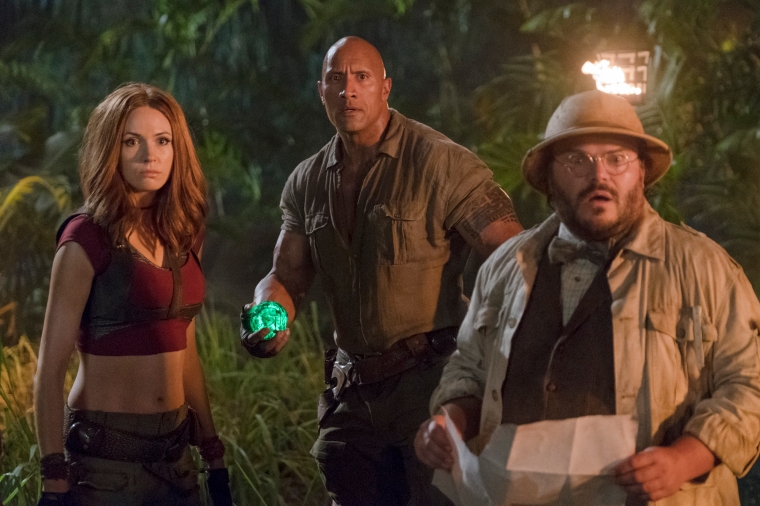 Now, you’ve probably seen the trailer for Jumanji: Welcome to the Jungle, starring Jack Black, Karen Gillan, Kevin Hart, and Dwayne Johnson.  From what I have gathered, I am the only one excited for this film, but that’s because I’m the only one who is right.

Here’s the deal, the original Jumanji, was about a board game which pulled one character into it, and eventually spit all of the world of the game out of it into the real world.  It was pretty cool, but ultimately it was grounded in the real world, and personally I always wanted to see the world of Jumanji.  Then we got the cartoon, and in that we saw the characters of the film go into the game, and it didn’t quite make sense with the continuity but it was still cool. 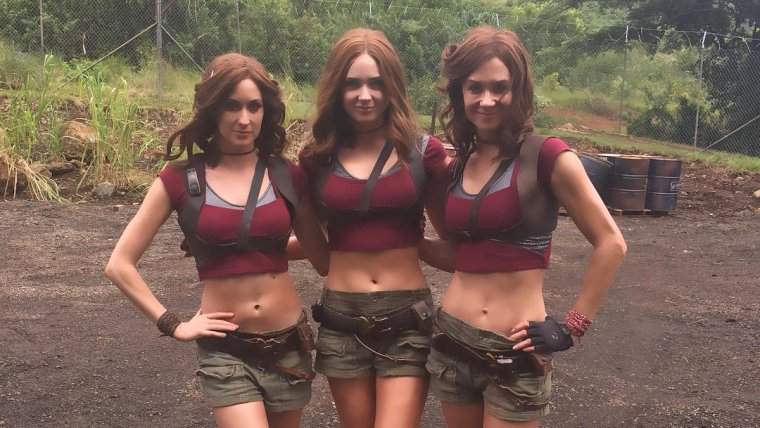 Welcome to the Jungle!

Jumanji: Welcome to the Jungle, is a video game that sucks four teenagers in, putting them into the bodies of the game’s avatars.  The fact that it’s a video game and not the original board game seems to be a major point of contention for people, but honestly we have Monopoly video games, and Lego video games, and all kinds of video games that might seem redundant or unnecessary, so why not magically possessed adventure games in both formats?

There have been reports that Robin Williams’ character will have left an imprint on the game, which means it falls into the same continuity, and I have to be honest, I’m psyched.  Jumanji is a great concept, and I don’t think they fully actualized it in the first film, in fact I even liked Zathura, which was just space Jumanji.

One of the cool things about this concept, is that it opens up what they can do with Jumanji.  We could see all manners of jungle beasts imagined and real, in a human killing rampage of nature.  There are many different terrains the world of Jumanji can inhabit, and so maybe in this movie it’s just Amazonian style jungle, but there are going to be sequels (if it makes enough money, and it has The Rock, so lets face it, it will).  That’s the great part about the video game avatars, is that we could have the cast for a full trilogy, but not necessarily have the characters be the same throughout.

In addition to wanting a lot of world building, and exploration of that world, I want cameos.  I want Bonnie Hunt, or Kirsten Dunst, or that other kid.  I want this film to be the clear baton passing, and then after that, we get to the new Jumanji franchise.  Kill off Han Solo in the first film, and move on.  That’s what I want to see! 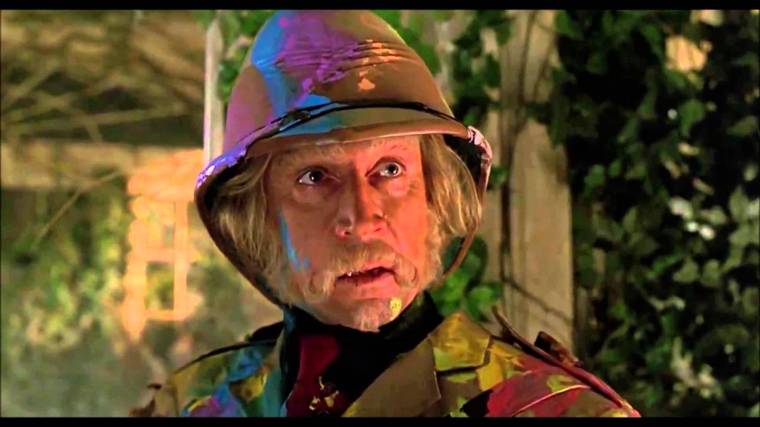 I totally want to see this guy pop up again!

5 thoughts on “What I Want to See: Jumanji”